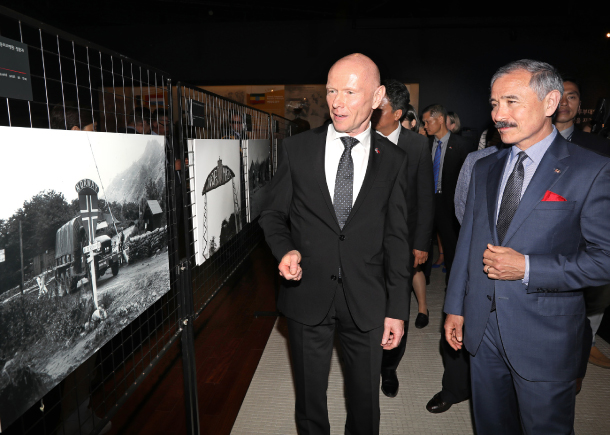 Ambassador of Norway to Korea Frode Solberg, left, and Ambassador of the United States to Korea Harry Harris observe photos of the Norwegian Mobile Army Surgical Hospital (Normash), which treated some 90,000 patients during the Korean War, at the opening ceremony of the photo exhibition, “NORMASH: Legacy of Friendship from the Korean War,” at the War Memorial of Korea in central Seoul on Tuesday. The exhibition is being held to commemorate the 60th anniversary of Norway-Korea relations, and is open until the end of June. [PARK SANG-MOON]