Samsung Electronics is leading the 5G equipment market, but the dominant position may not be sustainable, according to Ericsson-LG.

Ericsson has been facing increased competition in the 5G equipment market, including from Samsung, but the Swedish telecommunications company believes it can become a top provider in coming years.

Efforts made by a team in Korea will play a crucial role, according to Hakan Cervell, CEO of Ericsson-LG.

Ericsson-LG is a joint venture between the two companies. Founded in 2010, LG Electronics has 25 percent of the venture and Ericsson the rest. 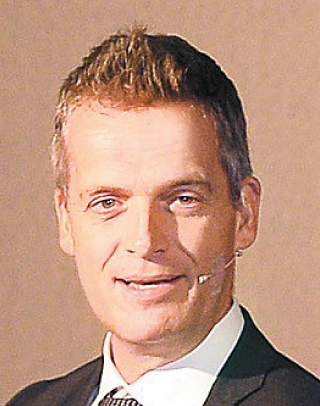 According to a study of the Mobile RAN (Radio Access Network) market published by Redwood City, California-based Dell’Oro Group, the revenue share of Samsung Electronics in the 5G RAN market stood at 37 percent in the period covering the fourth quarter of last year and the first quarter of this year. This puts Samsung in the lead in the 5G Radio RAN market by revenue during that period.

Huawei was second, with a 28 percent share, while Ericsson was third place, with 27 percent. Nokia was a distant fourth, with 8 percent.

The RAN market includes base stations, antennas and other key components of the radio network.

“Samsung may be ahead, but Samsung has a more challenging position to maintain that market share,” said Cervell at a press event held in central Seoul on Thursday.

Cervell explained Ericsson has been engaged in 5G research and development for a decade, and that it has already signed 18 commercial contracts.

According to Cervell, Samsung was able to achieve its top ranking because 5G went live in countries where it has major presences: Korea and the United States. “Let’s see what’s going to happen when all the other markets are launching.”

Ericsson partly agreed that the ongoing trade war between the United States and China could affect its business, since it operates in China.

“We do have a factory in China. But we also have big factories in a number of other locations, like Estonia and Mexico,” said Cervell.

He was noncommittal on U.S. efforts to ban the use of Huawei equipment. “What governments around the world decide on in terms of vendors is something we cannot control.”