North Korean people can be trained to think like entrepreneurs, said Geoffrey See, the founder of nonprofit organization Choson Exchange, which has organized meetings between more than 2,000 North Koreans and international entrepreneurs. 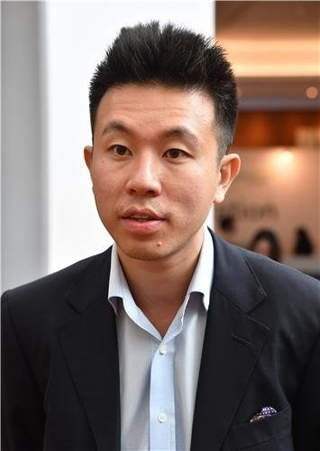 One North Korean man, for instance, after meeting some entrepreneurs, decided to open his store earlier and close his business later than others in the area.

“Most of the stalls in Pyongyang at the time were only serving office hours and they are used to doing that,” See told the JoongAng Ilbo on May 10. “But one guy who participated in our program, he operated a convenience store in Pyongyang, and he would offer the service in the time that people would actually shop, before and after work. That is innovation.”

The man probably has around 20 convenience stores in the city by now, See said.

The JoongAng Ilbo spoke to See during the St. Gallen Symposium, an international conference that takes place every May at the University of St. Gallen in Switzerland. See participated in the symposium as a moderator for a session on economic changes in North Korea.

See saw a sign during his first trip to the North that there was an entrepreneurial spirit among the people.

“I went to North Korea for the first time in 2007,” See said. “You go in with a certain expectation of what people are like there, that they are brainwashed, that they are not interested in entrepreneurship, that it is a communist economy.

“But the younger people I met, they knew that they needed to move in a different direction and they were eager to learn,” See said. “They may not be able to apply what they learn, but they wanted to see what is out there. For instance, a tour guide I met, she was an intern from a university in the country. She told me that she wanted to be a business leader to show that women could be leaders in the business sector.

“That was surprising,” See said. “I’ve heard people say, for instance, in China, that they want to do something to make their country better. But she had a personal aspiration, from which entrepreneurs are born.”

Choson Exchange, founded in 2007 in Singapore by See, has trained around 2,600 North Koreans — mostly inside the North. See and the team have brought more than 100 economics and business professors, lawyers, entrepreneurs and professionals in the innovation sector to the North. Around 100 North Koreans have participated in lectures and training programs by Choson Exchange outside of the North, usually in Singapore, Vietnam and Malaysia. 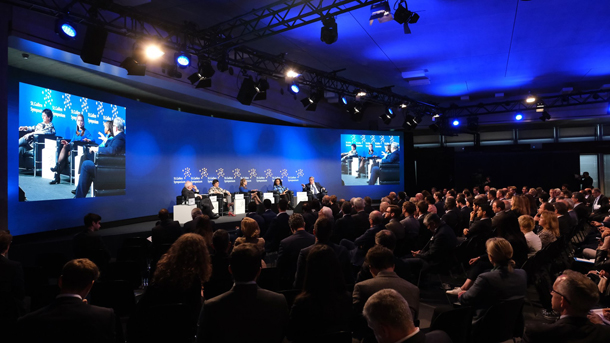 Participants at a forum of the 49th St. Gallen Symposium on "Capital for Purpose” that took place from May 8 to 10 in St. Gallen, Switzerland. [ST. GALLEN SYMPOSIUM]

During See’s more than 40 visits to the North, he said he has witnessed changes, however slow they may have been at times.

“We have observed very gradual change, but in the right direction,” See said. “One North Korean participant to a workshop we had in 2017 basically tried to compete with Chinese products that are coming into the country. A year after he opened his business, he shared his experience with the rest of us, and he had a dialogue with the volunteers [professionals and entrepreneurs] at the workshop who then asked him if he has tried certain strategies. Having that discussion made the training more real than having an exchange of opinions.”

While entrepreneurship thrives in an open economy, North Korea is on its way to finding out what works best for them, See said.

“They have an online website called Manmulsang, which is used by the North Koreans to advertise their product, as regulated as the internet is in the North,” See said. “My hope is that the [North], over time, will find the right formula […] that is suitable for them. We hope that in the slow process of evolution, they will find what really works for their people.”