Dominican right-hander Henry Sosa is returning to Korea for an eighth season following a short stint in Taiwan. 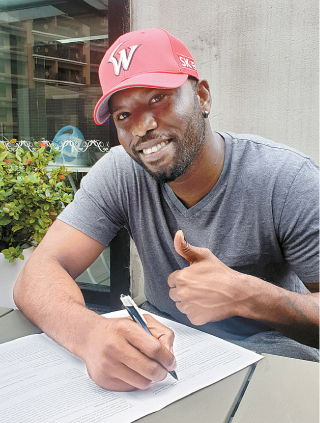 Dykxhoorn had been 3-2 with a 3.56 ERA in 12 appearances in his first KBO season. He had 58 strikeouts against 18 walks in 65 and two-thirds innings. While those numbers are solid, the Wyverns were displeased with his lack of velocity. Dykxhoorn was averaging 144.3 kilometers per hour (90 miles per hour) with his fastball, ranking him 16th among qualified starters.

The Wyverns’ other foreign starter, Angel Sanchez, is leading the KBO in that category with 150.8 kilometers per hour. And the team will now pair him up with another fireballer in Sosa, who ranked second behind Sanchez in the average fastball velocity in 2018 at 149.5 kilometers per hour while pitching for the LG Twins.

Originally, the Wyverns planned on making their decision after starting Dykxhoorn in one or two more games but ended up rushing the process. Dykxhoorn was scheduled to start in Tuesday’s game against the Kiwoom Heroes. Instead of Dykxhoorn, Lee Kevin started in the game.

The Wyverns will be Sosa’s fourth KBO club. He made his KBO debut with the Kia Tigers in 2012 and spent two seasons there. He pitched for the Nexen, currently Kiwoom, Heroes in 2014, before signing with the Twins in 2015 to begin a four-season run there.

With the Twins, where foreign players are known to be unlucky in terms of picking up wins, Sosa managed to pick up 10 wins or more for three consecutive seasons, from 2015 to 2017. In his last season with the Twins, in 2018, Sosa picked up nine wins and nine losses with a 3.52 ERA. His ERA was good enough to be ranked third in the KBO last season.

For the Fubon Guardians in the Chinese Professional Baseball League in Taiwan this year, Sosa was 8-2 with a 1.56 ERA.

The Wyverns, going for their second straight Korean Series championship, are currently in first place at 38-20-1 (wins-losses-ties). They have the third-best team ERA with 3.62 and lead all teams with 464 strikeouts.

Sosa had back taxes amounting to about 900 million won ($760,950) during his time in Korea before he left for Taiwan.

Under income tax regulations revised in February 2015, foreign players in the KBO began to be classified as residents. Their income tax rate jumped from 22 percent to up to 46 percent. Foreign nationals whose jobs required a stay of at least 183 consecutive days in Korea were considered residents for tax purposes. And with the typical baseball season stretching for more than six months, foreign players were faced with heavy tax burdens.

KBO clubs didn’t properly inform their import players of the revisions, and after last season, players like Sosa and another Dominican player, former Tigers pitcher Hector Noesi, chose to sign elsewhere. Without a tax treaty between Korea and the Dominican Republic, those players were subject to double taxation.

The Wyverns said Sosa plans to use his entire $350,000 signing bonus to pay off parts of his outstanding income tax. He’s scheduled to arrive in Korea today on a tourist visa and will go into his interview for a work permit with detailed plans to pay the rest of his taxes, the Wyverns added.