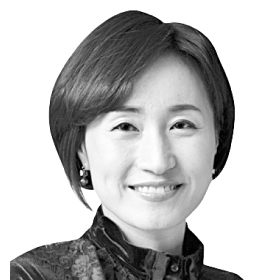 Kim Eje
The author is a geographer and a professor of the Department of Social Studies Education at Gyeongin National University of Education.

Korea allowed its citizens to freely travel overseas starting in 1989. Over the past 30 years, the number of overseas travelers steadily increased and reached 28 million last year. The number is expected to grow to 30 million this year. Last week, a tourist boat sank in Budapest, reminding people that safety is the most basic and important factor in travel.

As a geographer, I pay special heed to internet sites on travel information operated by governments of advanced countries and BBC reports when I travel to a remote area. It is my habit to collect information on possible risks when it is offered at local airports. I also pay special attention to maps.

Britain is the country that offers the most advanced safety education and protection to its travelers. The British Embassy even placed a signboard at an airport in Costa Rica — a relatively safe Latin American country — to alert its travelers. From childhood, the British learn how to protect themselves through many outdoor activities. It was not a coincidence that many of the divers who participated in the rescue operation of the 12 young boys trapped in a cave in Thailand last year were from Britain and Australia.

Thailand, a highly popular tourist destination, mounted a map of yellow fever prevention — which shows enlarged images of Africa and Latin America — at the airport in Bangkok.

When outbreak areas are marked on a map, the information is relayed clearly, accurately and powerfully. One map is more effective than 100 written warnings.

But the Korean government’s understanding of world geography is quite disappointing. The Foreign Ministry, which recently made a critical diplomatic mistake by confusing the terms Balkan and Baltic, has particular problems.

At Incheon International Airport, countries with MERS outbreaks were marked in Korean, English and Arabic, but no map was presented. The safety map for world travel on the Foreign Ministry’s website is also poor. Some parts of Thailand, the Philippines, Myanmar, Malaysia and Indonesia — all popular tourist destinations for Koreans — are marked as dangerous areas for travels, but it does not say why or how the tourists could encounter problems. Because no map is offered alongside the information, it is hard to digest all the text.
Criticism arose of a Korean who had to be rescued by French special forces after being abducted in West Africa. She was considered reckless. Individual travelers must pay special attention to their own safety, but governments should also prepare the people properly by offering maps of dangerous areas and teaching people how to study potential dangers.

After the Sewol ferry’s sinking, the budgets for the Education Ministry and regional education offices were increased to offer better safety education. But you cannot learn how to protect yourself in various situations by getting a lesson in a classroom. In an emergency, fast and integrated decision-making is crucial. No matter how well you swim, you are getting closer to death if you are heading toward the open sea, not land.

The Korean government and media must offer proper information on popular tourist destinations to the traveling public. The Foreign Ministry, the National Intelligence Service, scholars and journalists must collect accurate information from dangerous places around the world to properly counter disasters and accidents. They must update a global safety map. For the safe travels of ordinary people, experts must make more frequent visits to unfamiliar, dangerous destinations.

According to the Henley Passport Index, Korea was ranked at the top alongside Japan and Singapore for the acceptance of its passport. Without visas, Koreans can travel to 189 countries around the globe. To prevent a recurrence of another tragedy during an overseas trip, the Foreign Ministry, the Education Ministry and the national education curriculum must all be upgraded urgently to improve Koreans’ understanding of global geography and heighten safety awareness among travelers.
Translation by the Korea JoongAng Daily staff.