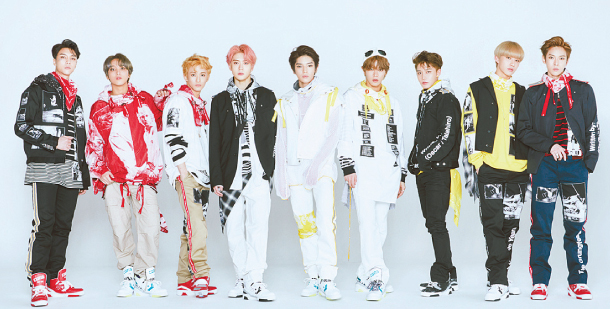 NCT 127 solidified its presence as the second-highest charting K-pop boy band on Billboard with its latest album set to debut at 11th on the Billboard main album chart this week.

The album, titled “We Are Superhuman,” earned 27,000 equivalent album units in the week ending May 30, set to rank 11th on the Billboard 200 for the week dated June 8, Billboard said on its official website Monday. The record was formally released on May 24.

“Among all K-pop groups in the Billboard 200’s history, only BTS has charted higher, having earned four top 10 albums to date, including three No. 1s,” according to the U.S. music magazine.

It would be the band’s second entry on the Billboard 200 and a dramatic leap after its previous full-length album, “Regular-Irregular,” ranked 86th in October last year.

Also for this week, “We Are Superhuman” is expected to debut at No. 1 on the Billboard World Albums chart and its main track, “Superhuman,” at No. 3 on the World Digital Song Sales chart, Billboard said.

Ahead of the official release of “We Are Superhuman,” the band premiered “Superhuman” last month on the famous CBS show “The Late Late Show with James Corden” on the sidelines of its world tour, “New City - The Origin.”