The operation will serve as the base for LG Chem’s life sciences business in the world’s largest bio pharmaceutical market.

Previously, the company’s development efforts were focused on developing countries. It has offices in Thailand, China, India and Jordan, where products approved by the Korean government were able to receive approval in a relatively short time.

The U.S. center is meaningful considering the fact that LG Chem’s foothold in advanced countries has been relatively small. 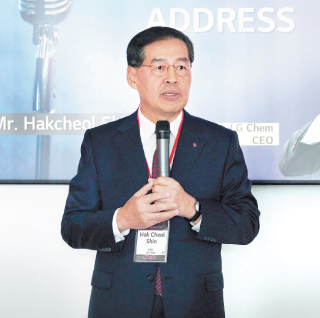 Its immediate plans include two clinical trials for drugs treating inflammatory diseases and autoimmune diseases. The company plans to submit documents for the tests to the Food and Drug Administration by the end of the year.

“The bio business is one of LG Chem’s core growth engines for the future and a field where stable, long-term support is of the utmost importance,” said LG Chem Vice Chair and CEO Shin Hak-cheol.

“With the launch of the [Life] Sciences Innovation Center, we will push open innovation to further develop new treatments with our partners and elevate our business to a world-class level.”

Boston is a well-known bio cluster, with universities and their research centers, bio start-ups and large hospitals for clinical tests. It is also home to the research centers of more than 2,000 pharmaceutical and bio firms, such as Merck, Novartis and Pfizer.

LG Chem expects the bio infrastructure and expertise in the city will help it discover new pipelines and collaboration opportunities - an initiative the company dubs “open innovation.” Among LG’s global partners in the life science business are CUE Biopharma, of Cambridge, Massachusetts, and Avacta, based in Wetherby, Britain.

With the center in the United States, LG aims to expand the number of products in the clinical test phase to more than 15 by 2020 from the current four. Having an institute in the United States will also help in gaining sales approval from the FDA. This is important because the United States has a massive bio market and because an FDA approval often works as a short-cut to sales in other countries.