Kim Seong-su was sentenced to 30 years in prison on Tuesday for stabbing a part-time worker to death at an internet cafe in Gangseo District, western Seoul, last October. 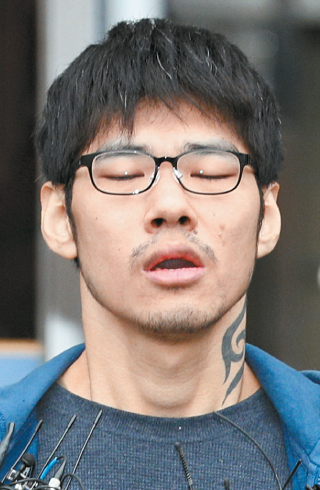 On Oct. 14, Kim, 30, asked a 21-year-old part-time worker surnamed Shin to remove some trash another customer left behind at an internet cafe, which are called PC bang in Korea. According to police, the two ended up bickering. Officers showed up when Shin called 112, but left after the fight was apparently resolved. Kim left the internet cafe.

But 30 minutes after the police departed, Kim returned with a knife and stabbed Shin over 80 times outside the cafe at around 8 a.m., police said. People in the cafe called the authorities and Shin, who was bleeding profusely, was sent to a nearby hospital where he died at around 11 a.m.

“Police and the prosecution’s investigation and psychological examination of Kim Seong-su concluded that Kim Seong-su displays a very high level of violence and aggressive behavior and chances of a second conviction are high as well,” said the Seoul Southern District Court in its statement. The court added that Kim experienced domestic violence and school bullying during his youth, which may have had an influence on the case, but that a heavy sentence was inevitable.

The court explained the sentence was based on the fact that Kim continued to attack the victim until police restrained him, which was vicious and caused social panic.

A petition to the Blue House arguing in favor of tough punishment for Kim got over a million signatures by Oct. 22 last year, becoming one of the most widely supported petitions on the presidential office’s website. The family of the victim also asked for a stern punishment.

Kim’s younger brother, who was at the scene and accused of being an accomplice, was acquitted due to a lack of evidence. After seeing CCTV footage of the scene, authorities concluded that the younger Kim was not an accomplice to the crime.

“We acknowledge that Kim Seong-su’s brother did not actively try to stop Kim Seong-su and the victim’s conflict,” said the court in its statement. “However, Kim’s actions seemed to be aimed at breaking up the sudden fight in his own way.”