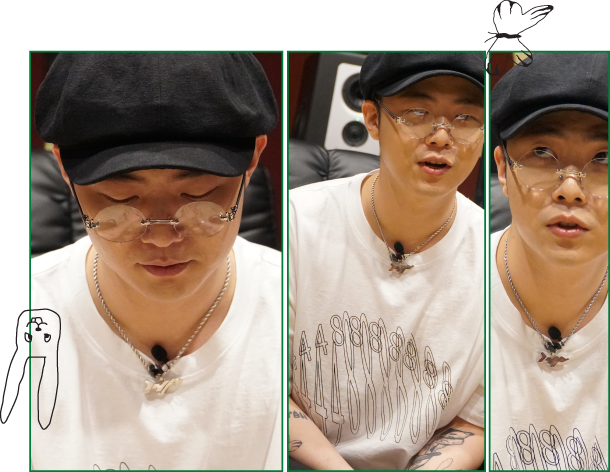 Music producer Giriboy exudes versatility. The rapper, producer, fashion designer and trendsetter has made a name for himself in nearly every field he has dived into. But as his stardom continues to rise, Giriboy hopes to remain humble and not too distracted by his success.

Giriboy was already well-known in the underground hip-hop scene before he made his official debut in 2011 with the song “You Look So Good To Me” featuring rapper Swings. Since then, he has continued to produce music while sitting as the vice president for entertainment agency Just Music and the co-director of record label Wedaplugg Records, and also launching his own fashion label 14P and performing with multiple hip-hop crews, such as Buckwilds, Do’main, Truck so big and WYBH. It may seem like a lot to juggle, but there’s never been a moment where he has felt overwhelmed by the weight of all the hats he has had to wear.

“I don’t start anything if I feel like I’m going to be weighed down by it,” Giriboy said.

“I only do the things that I know I’m going to have fun doing, and know that I had fun [with it] even if I screw it up. And since I don’t start anything that I feel pressured doing, it doesn’t bring me down at all.”

A search of Giriboy’s name on local music streaming services brings up over 300 songs that he has either sung himself, was featured on or produced, ranging in genres from hip-hop to R&B, ballad, pop and dance.

The Korea JoongAng Daily met with Giriboy in May prior to the album’s release to talk about his multi-faceted career at Just Music’s office in western Seoul.

Q. What have you been up to lately?

A. I had a meeting with the people at 14P yesterday, so I had fun doing that.

I finished making the album and I’m waiting for it to come out. I have a lot of performances at university festivals, which is keeping me from spending time with my puppy at my new house. I’m traveling around the country at the moment. But when I’m done with that and the album’s out, then I’m going to be happy at home.

Can you explain to us what the new album is like, and the meaning of the title?

I have a few songs that I think people will be able to really get into. And I tried something new for one song. I wrote on my Instagram, “Tell me your stories, I want to write a song with them.” So I got 9,000 emails. I tried to read them all, but I only got through 2,000. There’s a song where I put together people’s stories from the messages I received. I added a bit of my own story in there as well. Overall, it’s an album about people’s lives and the stories that come from them.

The title means that, supposing we live to be 100, we are living on Earth, attending a 100-year course on life, like 100 years of a college course.

How did it feel reading all those emails from your fans?

I realized that a lot of people had one thing in common: they liked to joke around and get attention. Out of the 2,000 mails that I read, 1,500 were just pranks. They wanted to stand out and be funnier than other people. Some people actually sent me lyrics they wrote themselves, but then others just wrote, saying: “I want to do music. Do you do lessons?” Since most of my fans are young students and teenagers, a lot of them wrote to me about their troubles with their friends and their concerns about what they should do when they grow up. It was actually fun reading them.


Would you try doing it again in the future?

No, never. I feel like, when you’re writing about someone else’s story, it limits your imagination. I like to work while I’m not thinking too much about it. I just let myself brainstorm - the words and the grammar are all over the place, but I like that. When I talk about someone else’s experience, I feel like I’m talking about one particular section of a story, rather than expressing everything to the fullest - which I think I can do better on my own.

Do you have a song that you are particularly proud of?

There’s a song called “All Day” (2016). It’s really good, like really, really good. It’s sort of like a ballad and it’s sort of like hip-hop, but it’s really emotional at the same time. The lyrics are good and the song is just made so well. If you don’t know me, this is all you need to hear. It’s my favorite, and it’s an all-time classic. You’ll like it no matter when you listen to it. 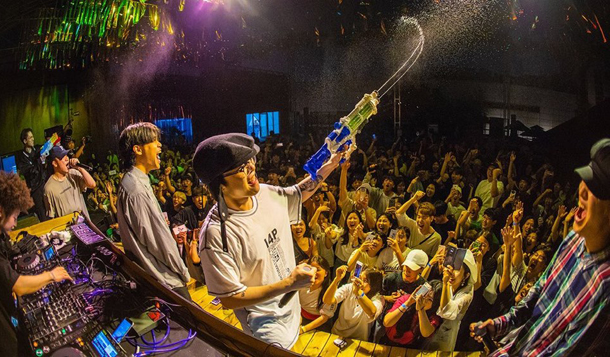 Producers haven’t typically been recognized in the past, but now people talk about those who make the songs as much as those who sing them. How does that make you feel?

Well, there wasn’t anything like this in the past, but now fans look up to us. It feels nice. People used to call me really nasty things and even called Swings crazy for picking me to be a part of Just Music. But now, people go back to my past albums and call them “a masterpiece.” I guess things really have changed. I don’t think I’ve led the flow. A lot of producers who were in the dark have come forward, like GroovyRoom and Gray. I just snuck in saying: “I make music too! I bet you didn’t know that!”

As a popular producer and rapper, how would you like to lead the hip-hop scene or the general music industry?

I don’t want to lead anything. I just want to do what I think is fun. One thing I do want to start is a proper partying culture in Korea. People have really bad stereotypes when it comes to clubs in Korea. But I think people need to understand the culture of just partying with friends and listening to good music at clubs. That’s why with one of my crews, WYBH, I put on parties and almost educate people on the proper partying culture. I tell them to have fun, instead of taking pictures. I’m going to keep trying so that a good party culture settles in Korea.

I want to keep making music and have fun partying - I want everyone to have fun together.

I don’t see anything. I don’t like having goals. I’ve always been like this, because I can’t stand the depression that I’m going to feel when I can’t achieve what I wanted to. I don’t want to feel that frustration. I just want to do a lot of things.