KT CEO tells summit his vision for a 5G future

KT CEO tells summit his vision for a 5G future

KT CEO Hwang Chang-gyu called on governments and businesses to collaborate on establishing 5G network connections on a global scale.

The comments came during Hwang’s speech at the Global Entrepreneurship Summit 2019 held earlier this week in The Hague, the Netherlands. Among notable figures present were U.S. Secretary of State Mike Pompeo and Dutch Prime Minister Mark Rutte.

In a speech titled “Industries of the Future, 5G” on Monday, Hwang described a future in which every corner of the economy and society benefits from a new mobile world, with different industries cooperating to use 5G. The summit ran through Wednesday. 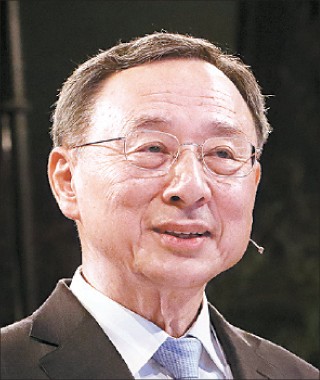 The next-generation 5G network offers data transmissions at a speed up to 20 times faster than 4G LTE. KT was one of Korea’s three mobile carriers that launched 5G connection nationwide on April 3.

“Policymakers should help facilitate corporate investment in 5G and work closely with businesses to develop a 5G ecosystem for digital transformation,” Hwang said.

Co-hosted by the U.S. Department of State and the Kingdom of the Netherlands, the event was attended by more than 2,000 entrepreneurs, start-ups, venture capitalists and non-profit leaders. The goal was to find innovative solutions for global challenges.

“5G can create a great synergy if the Netherlands’ world-class industrial technologies, such as smart farms and smart cities, are combined with Korea’s advanced mobile network technologies,” Hwang added.

“Korea is the perfect test bed for 5G development, and I invite you all to visit Korea and KT anytime to experience how 5G is really changing our world and lives.”