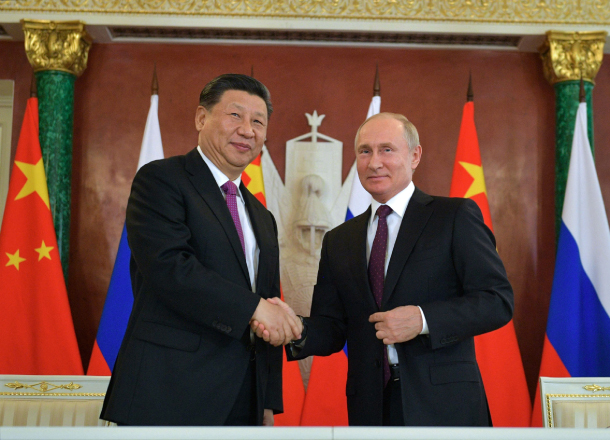 Chinese President Xi Jinping will visit South Korea this month before the Group of 20 (G-20) summit in Osaka, Japan, a diplomatic source in Beijing exclusively told the JoongAng Ilbo.

The source, who spoke on the condition of anonymity, told the paper on Wednesday that the Chinese government was planning for Xi to visit Seoul in the week of the G-20 summit, which means he could arrive in South Korea around June 23 to 27.

If Xi does visit South Korea, it will be his first time since July 2014, when he came on a state visit during the Park Geun-hye administration.

Another source who has knowledge of Chinese political affairs told the JoongAng Ilbo that working-level officials in China and South Korea have “earnestly” been preparing for Xi’s visit since Monday. The teams were said to be fine-tuning a number of issues, including the schedule, how long he will stay and what topics he will discuss with South Korean President Moon Jae-in.

The second source said Xi was resolved to improve ties with Seoul and planned to personally invite Moon to next year’s Boao Forum for Asia on China’s southern island of Hainan.

The conference, which invites worldwide leaders for talks on global issues, is held every spring. Xi intends to hold a summit with Moon on the sidelines of that conference if he accepts the offer, the second source added.

A South Korean government official refused to confirm or deny Xi’s visit to Seoul this month, saying it was against diplomatic courtesy to reveal any information about a foreign leader’s visit before both countries agree to relay the details. The Blue House said Thursday nothing has been definitely fixed.

Rumors of a possible visit from Xi have been swirling for weeks in Seoul and Beijing’s diplomatic circles as the Blue House tries to break the logjam in the denuclearization talks between Washington and Pyongyang. China is a key ally of North Korea, whose leader Kim Jong-un has often sought advice from Xi before major meetings with the United States.

Ever since the second summit between Kim and U.S. President Donald Trump broke down in Hanoi, Vietnam, in late February, Pyongyang has been reaching out to its traditional allies - Beijing and Moscow - for what local pundits see as an attempt to gain more leverage.

Xi visited Moscow on Wednesday for a three-day state visit. China’s state-run Xinhua News Agency said he and Russian President Vladimir Putin agreed to elevate their relations to a comprehensive strategic partnership of coordination for “a new era,” a decision that comes in time for the 70th anniversary of diplomatic ties between the two countries this year.

If Xi does visit Seoul this month, some sources in Beijing say it could be that the Chinese government is trying to secure as many allies as possible as the Sino-U.S. trade dispute grows more intense.

The U.S. government has been pressuring its allies, including the South, to boycott products and technology from the Chinese telecoms giant Huawei, citing fear of cybersecurity threats, which Huawei denies.

Late last month, three high-ranking officials from the Chinese Communist Party’s Central Committee visited Seoul in what appeared to be an attempt to persuade Seoul not side with Washington in the ongoing trade war.