Being first isn’t everything

Being first isn’t everything 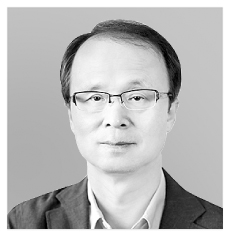 Kim Yong-suk
The author is a professor of electronics and electric engineering at Sungkyunkwan University.

Companies like to pitch their new products or technologies as “the world’s first.” If their early innovation leads to commercial success, they would have scaled a global peak. Many tout their innovations in prototype as if they are ready to hit the market.

Chinese display maker Royole made headline news by unveiling a phone-tablet hybrid featuring a flexible screen in Beijing last October. I was able to get some hands-on experience with the phone, the FlexPai, at the China High-Tech Fair in Shenzhen in November. The long wait in a queue was not worth it. It took an effort to open and unfold the phone. It was tight, bulky and heavy. It was obvious that the maker was in a rush to bring to market the first foldable handheld display.

Samsung Electronics may have lost the unveiling title to Royale but it was first to release a sellable foldable phone. A demo is very different from a product ready for sales. A demo is a semi-finished mockup that shows the idea of the innovation. It is mostly used to celebrate the developer. But a commercial product must serve the consumer or user. The product must be tested from the perspective of the user. It must go through numerous tests for safety and reliability under any circumstances, climate and other factors that can arise when it is in actual everyday use. 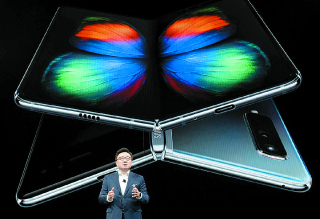 Samsung Electronics President of IT and Mobile Communications Koh Dong-jin introduces the Galaxy Fold at an unpacking event in San Francisco on Feb. 23. [YONHAP]

Mass production is another issue — and an even harder challenge. All products rolling out of a factory must bear the same consistent features and functions. A demo trial can be meaningful even when a few functions work well. But with commercial production, there cannot be any flaws in any product.

A developer’s ultimate goal is to become the first mover. The world’s commercialization does not ensure a permanent lead in the market. A foldable phone sets a new form factor and entirely novel concept in phone and display technologies. As long as the product ends up perfected, the delay in the release of the Galaxy Fold should not be much of a problem.

Samsung Electronics must prepare carefully to make the world’s first commercial foldable phone become a bestseller. The price must come down and the device must get thinner and lighter so that users won’t feel uncomfortable with the new phone. It must add new value and services to augment the novel hardware experience. The game starts once the new product joins the market and the winner is defined about three years later.

A foldable display is believed to be the next turning point in the stagnant smartphone market. Samsung has all the potential from materials, parts, components, hardware and software to raise the bar in phone innovation. It must strive to keep its first-mover position.