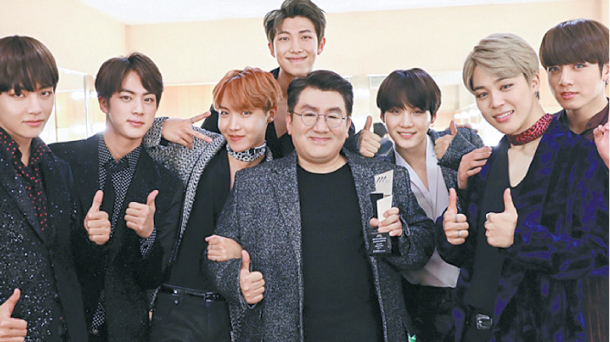 K-pop boy band sensation BTS and its chief producer Bang Si-hyuk were granted membership in the U.S. Recording Academy, entitling them to vote to select winners for the Grammy Awards, the band’s management agency said Friday.

BTS and Bang were on the list of this year’s 1,340 Recording Academy members, Big Hit Entertainment said in a release, citing the official website of the Recording Academy. The band joined the group of voting members while Bang became a professional member of the academy, according to Big Hit.

Founded in 1957, the Recording Academy has hosted the Grammy Awards every year since 1959, recognizing the top talents in the music industry.

The new titles given to the Koreans allow them to cast their votes from 2020 onward.

“The Recording Academy takes applications from artists and people in the music industry for its membership every year, but the process for approval is very picky,” Big Hit said.

“[The decision] seems to have reflected the impact and contribution BTS and Bang have made on the global music scene,” it said.