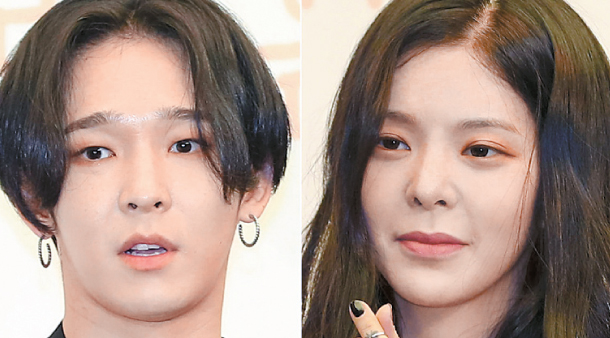 Singer Nam Tae-hyun has found himself in hot water after his girlfriend Jang Jae-in came forward with evidence that he had been caught with someone else on Friday.

Early in the day, Jang posted screen captures of Nam’s conversation with an anonymous woman with whom he had been dating at the same time.

According to Jang, the woman contacted her directly after finding out that Nam had lied to her and went to the movies with Jang. When he was caught, he told her that he went with someone else other than Jang, and that him and Jang were “in an awkward relationship.”

The woman told Jang, “I wouldn’t have started all this if I knew you were still together. He told me that you had broken up, but that his company wouldn’t let him go public about that.”

Jang and Nam confirmed their relationship in April and said that the two had gotten close while filming a tvN program called “Studio Vibes,” which started airing on May 1.

“You told everyone that we were dating when we were just getting to know each other and caused trouble for the people at my company,” Jang said through her post.

“You shouldn’t have done that if you were going to be like this. But then, you must have been obsessed with going public because you were such a mess.”

She also posted captured images of Nam’s fans who bombarded her with vicious comments reading, “Are you happy, now that you have taken your private business public?” and “Do you have no brain?”

Jang shut down her Instagram account shortly after and left a message in her bio reading, “All the rumors about you were true. There are more victims […] Don’t let the man control you.”

The tvN show is halfway through the series, but the channel said on Friday afternoon that they will edit out as much of the couple’s parts as possible.

“We feel very sorry about the news, especially because the two came together through the show,” tvN said.