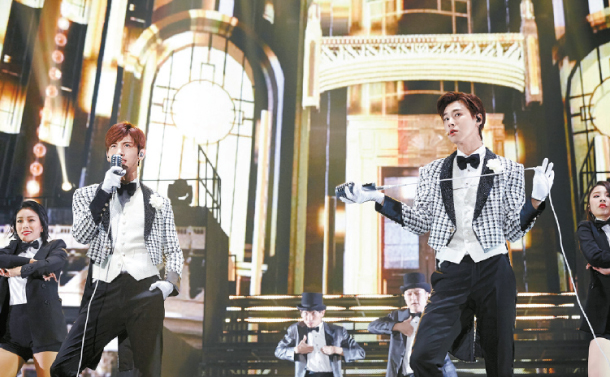 TVXQ will be beginning a series of encore concerts later this month, SM Entertainment said on Friday.

According to the agency, the veteran duo will be performing in Bangkok, Thailand, on June 29, in Manila, the Philippines, on July 13, in Hong Kong on July 20 with other possible stops in cities across Asia to be added later on.

“The concerts come as an follow-up to the successful solo concerts they held in March at the KSPO Dome,” the agency said.

Their previous concerts, titled “TVXQ! CONCERT -CIRCLE- #with” was held on March 9 and 10, selling out on both nights.

The upcoming concert series will be special, according to the agency, because this year is the group’s 15th anniversary of their debut.

TVXQ will perform all of their hit songs at the concert, including “Rising Sun” (2005), “Mirotic” (2009) and songs from their EP “New Chapter #2: The Truth of Love,” which they released earlier this year in celebration of their 15th anniversary.