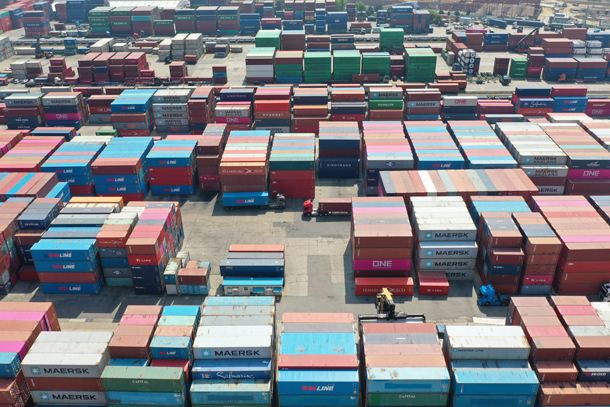 LEE SO-A
The author is an Innovation Lab reporter at the JoongAng Ilbo.

Amid fierce trade conflicts, powerful nations are no longer even trying to look graceful. The United States and China are making brazen attacks, imposing tariffs, limiting business with Chinese companies and barring tourists visiting from the United States — and Korea is hit by every blow. The U.S. ambassador to Korea warned that no information would be shared if Korea does business with Huawei, and a Chinese Foreign Ministry official threatened that Korea needs to make a sound judgment on whether to join trade sanctions against China.
The account balance in April resulted in a deficit for the first time in seven years. In the aftermath of the trade disputes between the United States and China, international trade volume decreased, and the surplus from trade declined.

How should Korea respond? Reinforcing global information networks and cooperation with other countries is important. A political option like reunification could be an option, but a realistic option at the moment is industrial competitiveness. Conglomerates in Korea are still competitive. Despite the recent fall of the price of semiconductors, Samsung Electronics still has sway in the memory semiconductor and smartphone markets. The voice of the Korean companies that accomplished the world’s first commercial use of 5G cannot be ignored. When the Hyundai Heavy Industry and Daewoo Shipbuilding & Marine Engineering merger is complete, Korea will be home to the world’s top shipbuilding company. Many Korean conglomerates lead the nuclear energy, chemical, steel and duty-free industries.

Earlier this year, President Moon Jae-in said the benefits of the trickle-down economy are over. Yet because Korea is caught between a clash of titans, I think that the Korean economy’s only competitive aspect is its conglomerates. While there are mixed views on whether the trickle-down effect from conglomerates to small companies is valid, in an economy with a small domestic market like Korea, small companies don’t thrive when conglomerates shrink, based on my experience. If you cannot conclude whether it is the trickle-down or fountain effect, you can aim at the dam effect of preparing for external disaster.

Conglomerates demand a certain role domestically as corporate citizens, but at a time of global economic crisis, they are the ones that should play a strategic role to defend the status and influence of the Korean economy.

The government has a new reason for the existence and utility of conglomerates rather than the zero-sum game between conglomerates versus small companies or the dichotomy of growth versus distribution.