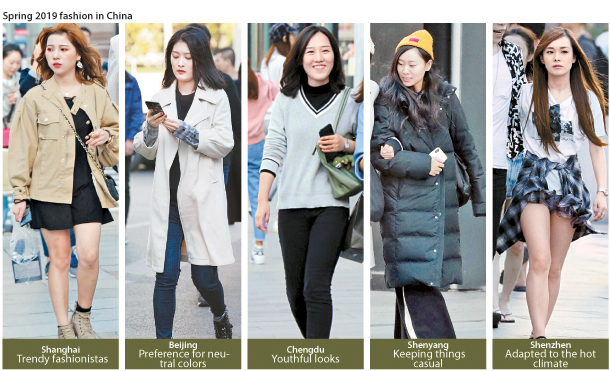 It’s not unusual these days to see styles that are popular in affluent Seoul neighborhoods like Cheongdam-dong in Gangnam, southern Seoul, resurfacing in major Chinese cities like Shanghai just a few months later.

Yet only a few of the Korean fashion brands that have launched in China since the early 2000s have actually managed to turn a profit.

Although even big brands owned by major Korean conglomerates have struggled to make waves in China in the past, there is one company that has succeeded in generating 2 trillion won ($1.69 billion) in annual revenue from its Chinese operations alone. 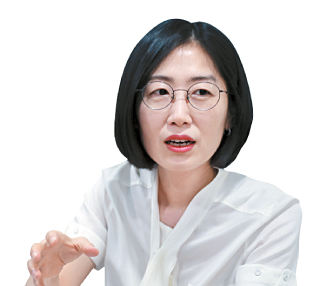 Eland, which ranks 42nd among Korean conglomerates, first entered China in 1994 and now has more than 50 brands operating in the country, including Spao, a popular casual wear brand.

Reaching 2 trillion won is a huge achievement for Eland, considering its annual revenue in China only amounted to 9 billion won in 2000.

So what sets it apart from other Korean companies? An official from Eland says one of the secret weapons is Eland Systems, a business solution subsidiary.

Eland Systems has a team that thoroughly analyzes big data from its operations in China.

With a population nearing 1.4 billion people, Eland says diversifying the strategies used in different regions in China is just as important as localizing strategies for different countries.

Items that are marketed for different seasons differ from one region to another due to the diverse climate, and even the most popular textures and colors change across China.

Moon Ok-ja, the 47 year-old CEO of Eland Systems, met with the JoongAng Ilbo last month at Spao’s Myeong-dong branch and gave some insight into its approach to the Chinese market.

Moon joined Eland in 1994 and once worked as the head of the marketing team for Eland’s fashion business. Since 2015, she has been working on turning all of Eland’s marketing into big data.

Eland Systems has now grown into a company that generates 40 billion won in annual revenue and its Chinese data services are being noticed.

There are various factors that contribute to Korean fashion brands failures in China, but the most decisive cause is Korean companies’ tendency to try and copy the exact trends that are popular here in China.

Eland made the same mistake when it first entered the Chinese market.

Since then, Eland has started to analyze the Chinese fashion market by classifying it in five distinct regions centered on Shanghai, Shenyang, Beijing, Chengdu and Shenzhen.

After settling on its five-region approach, Eland spent five years gathering 13,000 pictures from each region to analyze how people dressed.

The data collected showed that some items that trended in one region didn’t really gain any popularity in others, making it obvious that items that were popular in Korea didn’t necessarily translate to China.

“Last fall and winter season, colorful coats were popular in Sichuan where the population is young,” said Moon. “While pink and ivory jackets were selling hot in Sichuan, primary colors like black, navy and white were the most popular in Beijing and Shanghai.”

She said people in Chengdu wore jackets with thigh-high boots, but this wasn’t a popular look in other regions of China.

The unique characteristic of Eland Systems’ analysis is that it visualizes the data collected from the different regions.

The data is not only changing fashion trends in China, but also considers such variables as gender and age. It is updated in real time. Analysis on wanghong, or Chinese influencers, using big data has proven especially useful.

Usually, the goal of fashion companies is to sell at least 70 percent of the clothing that they have made at full price. In reality, even when adding those sold at a 30 percent to 70 percent discount, it’s not easy to sell 60 percent of manufactured clothes.

When Eland created the Chinese team at Eland Systems in 2014, the order was clear: set the prediction target to 70 percent in sales.

Moon said when she first received that order, she wondered if it was even possible.

“But today we’re near that 70 percent target,” Moon said.

According to Moon, having an amazing design doesn’t always translate to selling clothes. Timing is far more important.

Planning how many pieces of each item of clothing to order is only possible when fully understanding the hundreds of factors ranging from trending materials to the right time of shipment and even price. Even the weather can play a pivotal role in deciding how much should be manufactured.

On top of all these factors, fashion companies now have to also consider consumers’ lifestyle trend.

“Like in Korea, picnicking is quickly becoming a major trend in China,” Moon said.

As an example, Moon said there have recently been growing questions coming from China on whether a medium-long denim skirt should cover half of the knee or all of the knee. She said questions like this deal with specifics that designers need to know in order to make decisions immediately. Big data is useless if it can’t answer these question.

The task given to the China analysis team is to come up with the optimal solutions that will appeal to the most people, even when faced with a situation where the preference of each and every individual is different.

For example, the team has had to answer questions on what weight of winter coat is most preferable, whether customers would prefer dull or shiny buttons and just how many lines should go into a checked design. Now, of course, its denim skirt length.

The analysis team runs all of the data that it collects when requests are made before giving a final answer.

“In the past, the fashion cycle was around 10 years, but recently it has shortened to four years,” Moon said. “And with the cycle getting shorter, faster and more accurate analysis will become more important.”