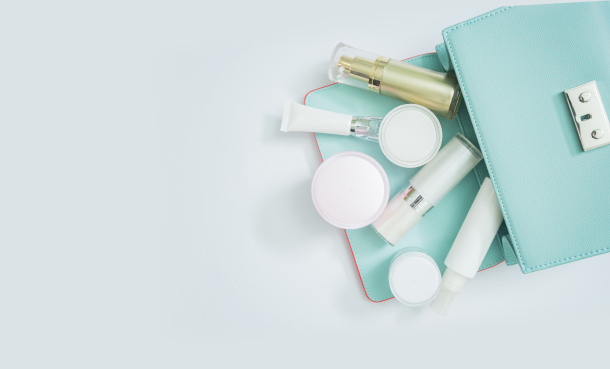 The Korean wave is sweeping the world, but Korean beauty products are gradually losing ground in China.

As soon as the word “Korea” is typed into a Google search bar, keywords such as skin care, glass skin and makeup pop up. This seems to show how foreigners marvel at the look of Korean actors in dramas and K-pop singers on the stage.

China is no exception.

It has been common to see more Chinese tourists on the streets of Myeongdong, central Seoul, than Koreans. There are even Korean employees at cosmetic stores trying to woo Chinese tourists with Chinese-language promotions.

But recent research suggests that the boom may have peaked.

According to Euromonitor on Sunday, Amorepacific and LG Household & Health Care were not one of the top ten cosmetic brands in China in 2018. 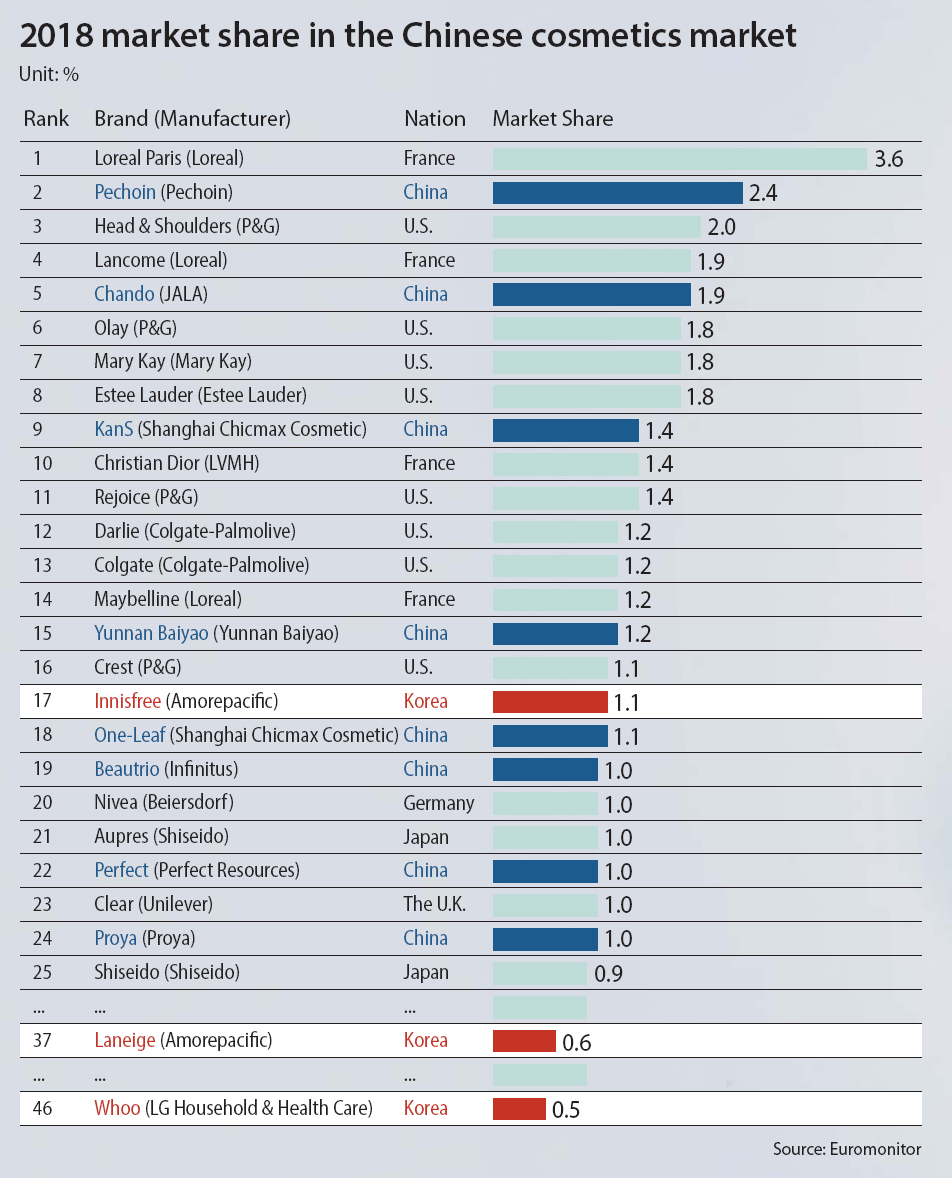 Estimates suggest that $310 million worth of Whoo products were sold in China in 2018. Rumors have circulated that Peng Liyuan, Chinese President Xi Jinping’s wife, purchased them.

But the Chinese cosmetics market has hit a great wall.

“Chinese beauty, or C-beauty, is making rapid progress based on the incorporation of Chinese medicine, eco-friendly image and reasonable prices relative to international reputation.”

“The recent political tension between Korea and China has influenced the performance of K-beauty as well.”

China has the second largest cosmetic market in the world, at $62 billion, a figure which includes toiletries. The United States has the largest, at $89.5 billion.

Chando, released in 2014, has taken fifth place in China in just four years. KanS and Yunnan Baiyao also ranked in the top 20. Among the top 25 brands, eight are Chinese.

“The Chinese beauty market has been growing 10 to 12 percent for the last five years,” said a researcher at Euromonitor.

“The current interest in health on the part of Chinese people has driven up the sales of household items like shampoo.”

Meanwhile, high-end Korean cosmetic products, like Whoo and Sulwhasoo, are struggling to expand in China. The market share of Whoo in China only increased 0.1 percentage points over the last two years.

The Korean brands have struggled to compete with European brands as well as local Chinese names.

Deteriorating relations between Korea and China after the deployment of Terminal High Altitude Area Defense (Thaad) missile systems in 2016 has hindered growth.

Another reason for lower sales is that many Chinese see Korean cosmetics as special-offer products from duty-free shops.

“It has been years since Sulwhasoo and Whoo sold like hot cakes at duty-free shops in the city,” said an official from the industry.

Most of the products are bought by middlemen in Korea who resell them in Korea.

“It means that the Chinese do not have to go to the department store and buy products at the proper price.”

“Chinese customers consider Korean products as those that can be bought at a cheap price in duty-free shops. This will not only harm the image of the brand but also the image of the nation,” pointed out Lee Yeon-taek, professor of the School of Tourism at Hanyang University.