Fourteen months after she infamously threw a drink at an employee in a fit of rage, triggering a string of investigations that saw her family accused on charges ranging from physically abusing employees to smuggling, Cho Hyun-min is back. 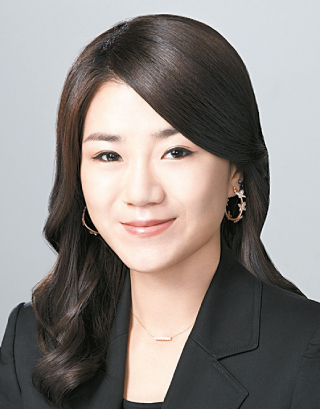 That’s two of the six titles that Cho used to hold before she was forced to step down from every post within the Hanjin empire in April last year after a scandal that involved her throwing fruit juice over an employee, stirring up a massive backlash from Korean Air employees and the public.

The youngest of the three children of Cho Yang-ho, the late Hanjin Group chairman, Cho Hyun-min used to also be a senior vice president at Korean Air and executive vice president of the group’s budget airline Jin Air.

Hanjin Group said Cho has been reinstated following the former chairman’s last words that encouraged family members to lead the company in harmony, in a statement Monday. She will focus mainly on boosting the group’s social responsibility activities and nurturing new growth engine businesses.

“The late chairman didn’t have a chance to leave many words for us because of his sudden death, but what he had been telling us is to protect the company in harmony as a family,” Chairman Cho Won-tae said during a press briefing with reporters last week in Seoul as part of the annual general meeting of the International Air Transport Association.

“Based on his will, our family is actively talking, though I cannot say that our discussion is complete … but good progress is being made and I hope you can wait and look forward to more results.”

Despite being recognized as an icon of power abuse, along with her older sister Cho Hyun-ah who made headlines in 2014 with the infamous nut rage incident, prosecutors decided not to charge Cho Hyun-min with assault in October last year.

On allegations that she threw a glass cup along with fruit juice at employees, the company said she threw the cup at the ground rather than at employees, and the prosecutor’s office concluded it cannot be considered assault if the cup was not directly thrown at a person.

Further abuse charges were also dropped as the victims did not seek punishment. Legally, the group said, Cho Hyun-min is currently not being charged with anything.

Cho Hyun-ah, Cho Hyun-min and Cho Won-tae’s elder sister, has yet to make a comeback.

Cho Hyun-ah is still on trial alongside their mother Lee Myung-hee on charges including smuggling goods and illegally hiring a Filipino housekeeper.