The secrets to Abe’s long run

The secrets to Abe’s long run 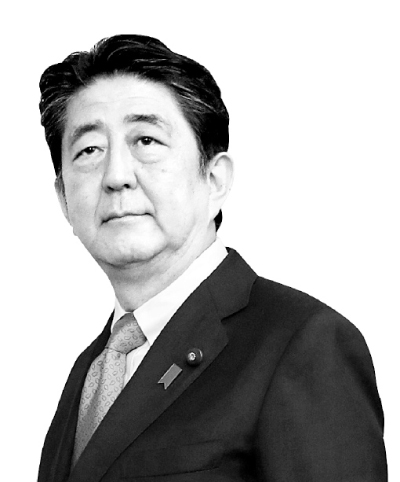 SEO SEUNG-WOOK
The author is the Tokyo bureau chief of the JoongAng Ilbo.

Japanese Prime Minister Shinzo Abe celebrated his 32nd wedding anniversary on June 9. He attended a play titled “Spaceman Who Cannot Fly and Dangerous Scenario, Gag-mageddon Mission” at a theater in Ginza with his wife Akie. He had a banquet with friends at the residence until 11 p.m. In fact, he had another thing to celebrate aside from the wedding anniversary.

“I could come this far with strong support from the citizens based on the experience of the first cabinet,” said Abe on June 6. He has served as a prime minister for a total of 2,720 days, the same as Japan’s first Prime Minister Ito Hirobumi, who, like Abe, is also from Yamaguchi Prefecture.

Abe’s first cabinet was short-lived, from September 2006 to September 2007. He said that the failure became the basis for another long run. In fact, the first Abe cabinet ended miserably. The then 52-year-old prime minister advocated a slogan of “escaping from the post-war regime” and pushed hard-line conservative policies. He pursued policies he had planned — such as a revision of the basic education act, elevating the Defense Agency to Defense Ministry, and enacting a national referendum act. The Japanese people resisted fiercely, and the scandals of cabinet members and the Upper House election defeat were critical. He fled from the prime ministership using the excuse of ulcerative colitis.

Who could imagine he would return and become the longest-serving prime minister in Japanese history by November? He has completely changed from 12 years ago.

What made him change? According to those around him: “He wanted to go a step ahead of the people during the first cabinet. That was the cause of the failure. So he changed his mind to go half a step ahead.” The secret to his long run has been self-reflection in order to not become distant from the people’s sentiment.

Can this be only applied to Abe? Is the Korean leader making efforts to close the gap with the people over the economy, diplomatic and security policy outcomes and controversial appointments that are similar to the previous administration? Can he claim he is really different in the face of a serious national crisis?