Final welcome for a veteran

Final welcome for a veteran 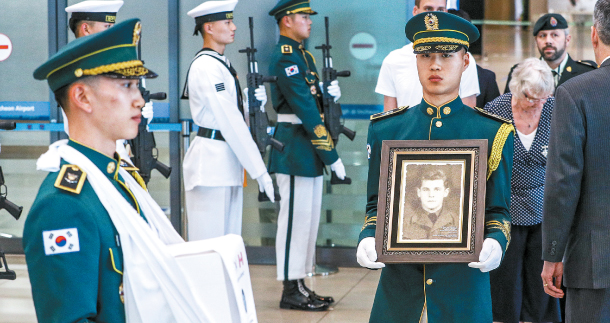 The remains of Albert Hugh McBride, a Canadian veteran of the 1950-53 Korean War, arrive at Incheon International Airport on Tuesday to be buried at the UN Memorial Cemetery in Busan. McBride fought in the Korean War as a gunner and tank driver of Lord Strathcona’s Horse, a regiment of the Canadian Army. He passed away in 2017 at age 85. Korea’s Ministry of Patriots and Veterans Affairs said his burial on South Korean soil is at the request of his wife. The burial ceremony is scheduled for today. [YONHAP]