Honoring those who fell

Honoring those who fell 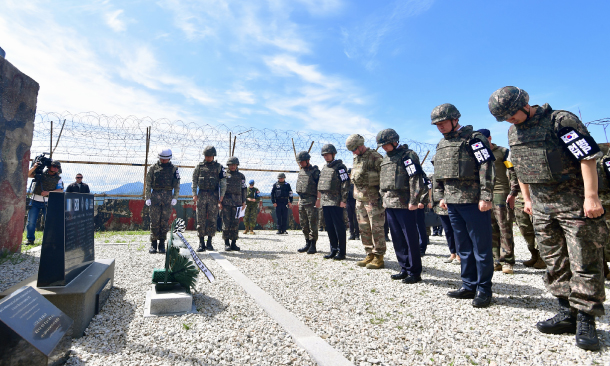 Defense Minister Jeong Kyeong-doo, third from right, visits a war remains excavation site on Arrowhead Ridge in Gangwon near the border with North Korea on Tuesday, where he pledged to do his best to bring as many remains of soldiers killed in the 1950-53 Korean War to families as possible. [YONHAP]