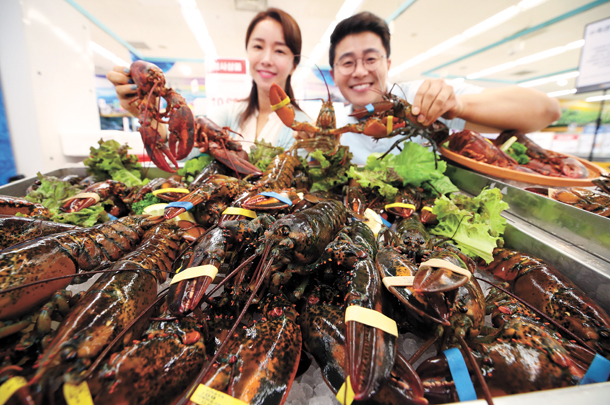 Models pose with Canadian lobsters at an Emart in Seongsu-dong, eastern Seoul, on Wednesday. The discount mart said it will be selling the lobsters at 9,900 won ($8.30) for 360 grams (12.7 ounces), instead of 19,000 won, until June 19. Purchases must be made with Samsung, KB Kookmin, Hyundai, NH Nonghyup or Woori cards. [EMART]