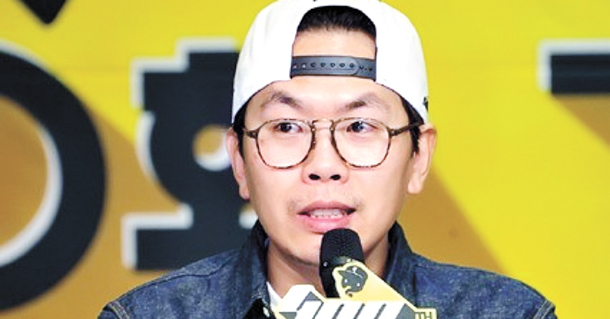 His channel title, translated to “What Do You Do When You Fool Around?” was inspired by the entertainer Yu Jae-seok. The phrase was commonly uttered by Yu to the producer on the hit MBC show, but in a rhetorical sense to encourage the team to work harder.

The five videos feature entertainers such as Yu, Jo Se-ho, Tae Hang-ho, Din Din and U-know Yunho. For the videos, cameras were passed around amongst the stars.

“I spontaneously called Yu and thrust a camera at him,” Kim wrote on Twitter after posting the videos. “When it came back to me a month later, it contained stories that I’d never expected.”

He also added that the videos that the stars spontaneously filmed might be headed in a similar direction to a new program he’s working on.

It was recently reported that the producer is working on two post-“Infinite Challenge” projects. The shows are expected to begin airing next month.

On Thursday afternoon, the channel had already reached over 90,000 subscribers less than 24 hours after Kim started the channel.