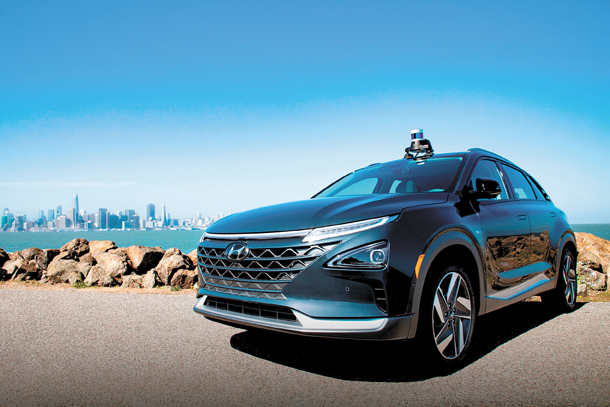 The automaker did not disclose the investment amount, but Aurora stated that with the investment, it has raised more than $600 million as part of its Series B financing round.

According to Hyundai Motor, the company is a leader in self-driving car software and sensor technology. The automaker said it expects the investment to accelerate development in areas such as environment perception and control.

The investment strengthens the relationship between Hyundai and Aurora.

The two companies, along with Kia Motors, have worked together since January last year on self-driving technology applied to Hyundai’s fuel-cell electric Nexo SUV.

“Cooperating with industry leaders on self-driving technology around the world, such as Aurora Innovation, will help us develop self-driving vehicles that are safe and innovative,” said Chi Young-cho, Hyundai Motor president.

Hyundai Motor has been active in the development of self-driving vehicle technology.

It has collaborated with Intel and Nvidia to develop an artificial-intelligence-based control system for self-driving cars and is participating in a self-driving car development project, “Apollo Project,” led by China’s Baidu.

The automaker is also a founding member of the American Center for Mobility and has invested $5 million into the organization’s testing grounds for connected and automated vehicles.