SKC to purchase KCFT, a maker of copper foil

SKC to purchase KCFT, a maker of copper foil 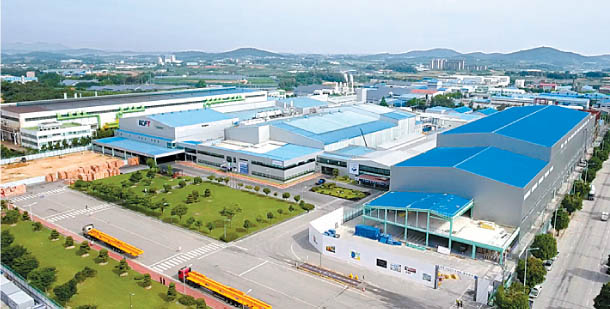 SKC, a unit of SK Group, said Thursday it has decided to acquire KCF Technologies (KCFT), the world’s top producer of copper foil for lithium-ion batteries, in a bid to diversify its business portfolio.

“Considering its growth, profitability and market size, we decided to select copper foil, a core material for electric vehicle (EV) batteries, as our new growth engine,” SKC said in a regulatory filing.

KCFT was the top player in the global cooper foil market in 2018, with a 15 percent share. Its major customers include electric vehicle (EV) battery makers LG Chem, Samsung SDI and Panasonic.

Copper foil is used as electrode collectors for anodes in EV batteries and is one of its four core components.

SKC, whose business area includes producing polyester film as well as materials for semiconductors and cosmetics, said it expects KCFT to be its new growth engine in the rising EV market.

KCFT reportedly generated 300 billion won in sales in 2018, up 36 percent from a year earlier, while its operating profit surged 48 percent on-year to 40 billion won.

The company also has a competitive edge: Last year, it succeeded in producing a 50-kilometer copper roll with thickness of 4.5 nanometers, equivalent to one 30th of human hair. This was an advancement compared to the product’s conventional norm in the market at one 15th of human hair. The thinner a copper foil is, the less weight and more anodes it can contain.

SKC said it aims to triple KCFT’s production capacity by 2022. Last year, SKC posted sales of 2.7 trillion won, up 4.3 percent from a year ago, while its operating profit surged 14.5 percent on-year to 201 billion won.