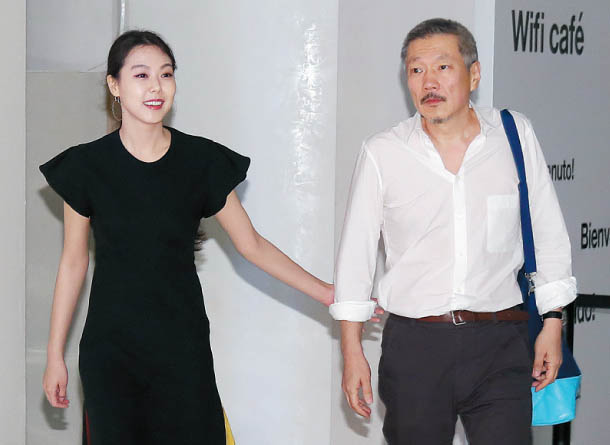 The court’s decision came two years and seven months after Hong first submitted the divorce case for meditation in 2016. A court eventually sent the case for trial as Jo refused to negotiate terms and rejected the court’s notice.

The first trial was held in December 2017, but Jo didn’t show up or send a lawyer to represent her.

She eventually appointed an attorney for a second trial in January 2018, and it opened in March, but the court sent the case back for meditation and told the couple to come to an agreement.

The arbitration committee rejected the case in July 2018 after Hong and Jo failed to negotiate, but Hong filed another divorce suit the following month.

On Friday, the court denied the director’s claim saying he did not have a just claim for his suit. It said the primary reason for the separation was his affair with actor Kim Min-hee, whom he met on a set while shooting his film “Right Now, Wrong Then” in 2015. The pair disclosed their relationship to the public in 2017 at a press conference for another film “On the Beach at Night Alone.”