The perils of package tours

The perils of package tours 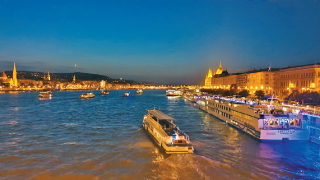 On June 12, the Hableany, or the Mermaid — the tourist boat that sank in the Danube in Budapest — was salvaged and moved to a nearby port. Equipment under the Margaret Bridge, where the accident occurred, was removed. I went to the Szechenyi Bridge at night and sightseeing boats operated on the Danube River. Cruise ships similar to the Viking Sigyn, which struck the Mermaid, were seen in the docks. Budapest was back to normal.

There were many Koreans in the city, most of them with group tours. A woman I met at a restaurant said that a sightseeing boat tour was not on their itinerary. These tourists spend half a day or a day in Budapest and move on to other cities in Europe.

The main cause of the accident was the fault of the captain of the Viking Sigyn. However, we also need to point out why Korean tourists rode the small boat on such a rainy night. It reflects a problem with the escorted group tours visiting multiple countries in a short period of time. Local guides in Budapest say that there are contractors and subcontractors.

The tour involved in the accident was from Very Good Tour company. It contracted out to another company and a local guide team had a subcontract. The team has several guides who take the group to different cities and countries. While customers buy tour packages from a tour operator, the actual tour is led by smaller groups of guides. One guide said that they were at the bottom of the food chain.

As home shopping television advertisements became the main way to attract customers, tour operators competed with lower prices and claimed to show as many attractions as possible. From the tour fees collected from the customers, the tour company takes a certain portion and pays local companies. The Danube river sightseeing tour was included in the itinerary, not as an option add-on. A guide said, “If an itinerary item is skipped, we have to compensate the tour company. But we can’t afford to.” That’s why they got on that boat even in the heavy rain.

A one-hour rental of a sightseeing boat costs 150 euros ($170), and each of the 30 tourists pay 40 euros, so they can make a good profit. Whether it is included or optional, tour guides take tourists to attractions that could pose serious risks, especially in the winter.

One guide told me, “An accident happened, but it will pass.” But a Hungarian I met there said, “It isn’t sightseeing if you ride a boat in the rain.” If the supervisory authorities and tour operators let the accident slip, another safety accident can happen anytime.