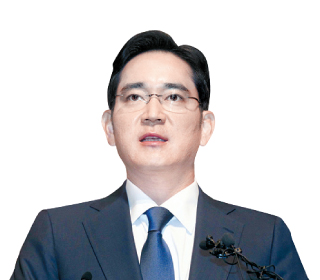 Samsung Electronics Vice Chairman Lee Jae-yong, the de facto leader of the country’s largest conglomerate, met with company officials to stress the need to be more aggressive amid sinking prices for display panels and memory chips, which have dealt a blow to the global manufacturer.

The vice chairman gathered the heads of the company’s divisions responsible for smartphone and semiconductor businesses on Friday to emphasize the need to take on challenges, according to the company on Sunday.

“For now, no company can ensure their survival past 10 years,” Lee said, “We need to challenge ourselves with the determination of an entrepreneur, taking a step further from the stance of maintaining current achievements.”

The participants included Koh Dong-jin, president and CEO of Samsung Electronics and its IT and Mobile Communications Business, and Roh Hee-chan, Chief Financial Officer of the electronics giant.

Lee also suggested that the key divisions push ahead with the initial investment plans despite tough economic and market conditions.

The vice chairman and the top executives also discussed the outlook of new technologies including blockchain and artificial intelligence (AI), as well as 5G and even 6G networks.

Another item on the main agenda concerned the company’s response to a global economic slowdown and a slump in the semiconductor industry.

The meeting follows an earlier meeting held with executives from the chip division on June 1.

Following the series of gatherings, Lee is scheduled to visit Samsung Electro-Mechanics today to check on the progress of new businesses, such as modules for 5G networks and multi-layer ceramic capacitors.

Topics to be covered during the visit also include the current status of investments in new businesses and measures to enhance competitiveness of the Samsung affiliate, according to a statement released by Samsung Electronics.