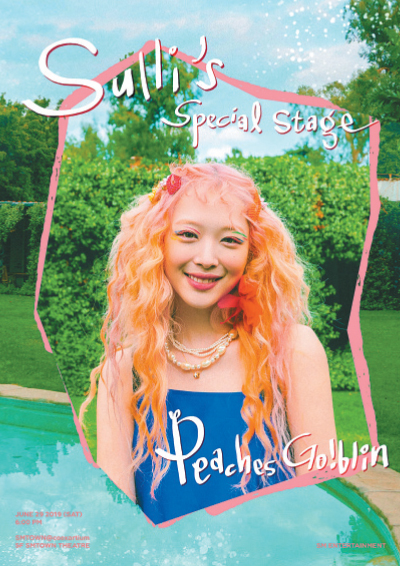 Sulli will be releasing her first ever solo EP on June 29, the singer’s agency SM Entertainment said on Monday.

“Sulli will release her EP “Goblin” on June 29 through various music streaming platforms,” the agency said.

The three-track album includes the retro-pop title track “Goblin,” as well as “Sailor Moon” and “Dorothy,” all of which the singer helped write the lyrics for.

She quit the group in 2015 and has since been focusing on her career as an actor and television personality. Using her given name Choi Jin-ri, she was recently named the host of JTBC’s talk show “The Night of Vicious Comments.” The first episode of the show will air this Friday at 8 p.m.

Sulli will put on a special performance titled “Peaches Go!blin” on June 29, the day of the EP’s release, at the Coex SM Town Atrium in southern Seoul at 6 p.m.

Tickets for “Peaches Go!blin” will go on sale at 8 p.m. on Thursday, on the website of ticket seller Yes24.