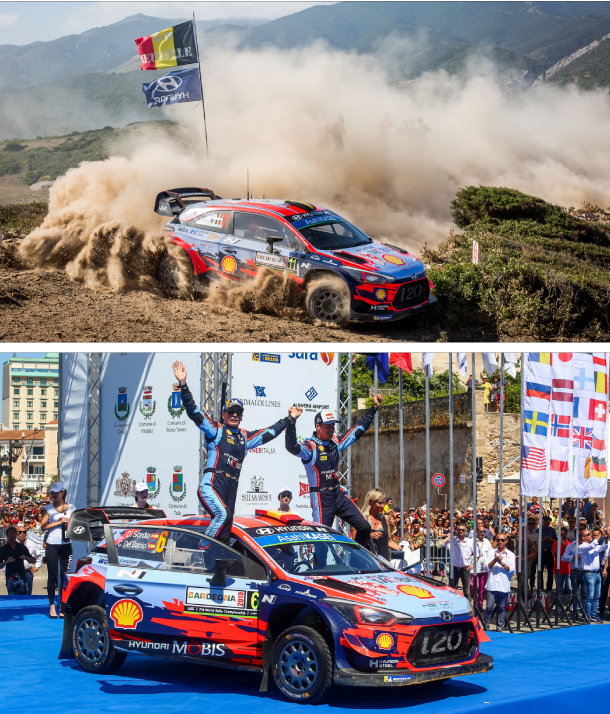 Top: Hyundai Motor’s i20 Couple WRC rally car races during the Rally Italia Sardegna, the eighth competition in the 2019 World Rally Championship, on Sunday. Bottom: Dani Sordo, right, and his co-driver Carlos Del Barrio pose for a photo after winning the Italian rally on Sunday. Hyundai Shell Mobis World Rally Team won three out of eight races in the championship, which consists of a total of 14 races. [HYUNDAI MOTOR]