On a collision course

On a collision course 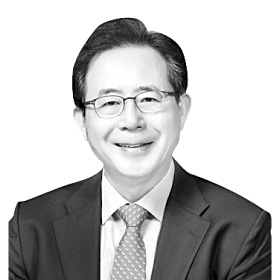 Kim Sung-gon
The author is a former secretary general of the National Assembly.

The Group of 20 Summit from June 28 to 29 in Osaka, Japan, is around the corner. But relations between South Korea and Japan remain icy, with no sign of a thaw. The two governments are still poles apart over a number of issues, including the dispute over the Korean Supreme Court’s ruling that ordered Japanese companies to compensate Koreans forced to work for them during the colonial period. Seoul’s dilemma is understandable. It should first try to untangle the complex problem over the forced labor issue. To do so, some guidelines must be met.

First of all, the two governments must set a common goal for ultimate harmony. Whether they like it or not, the two must live as neighbors as long as the planet exists. It is important to set history straight, but other ways should be explored if this path will wreck the bilateral relationship. They must work to carve out a peaceful path with respect to justice.

Second, there must not be different voices and policies represented by one state. The controversy reached a boiling point after the Korean Supreme Court in 2018 delivered a ruling disavowing the 1965 Basic Treaty between Korea and Japan, which bundled financial claims and aid in return for settling the bitter past. The top court ruled that individual claims for pain and damages from illegal aggression can be sought separately from this inter-government agreement. But Japan claims all the past reparations are a done deal and that individual claims are invalidated by the 1965 agreement. 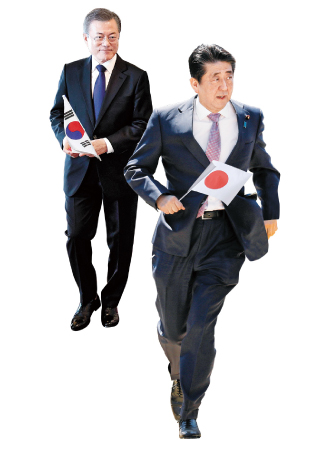 In 2005, a government-private joint committee led by then-Prime Minister Lee Hae-chan concluded that individual claims on war compensation expired due to the reparations from Japan and follow-up remuneration from the Korean government. The government must take up the issue with the judiciary to come up with a final national stance. The government should respect the top court rulings under the principle of separation of powers. However, as the administration represents the country, the final say lies with the chief executive — the president. The government must also consider the idea of institutionalizing judicial restraint common in Britain, the United States and France, which requires courts to respect the government’s positions on foreign and security issues.

Third, the government must honor international agreements made by past administrations for consistency and reliability in public policies. Korea is a developed democracy that must comply with international rules and standards. Korea tends to put emotions before practical reasons on history issues with Japan. Seoul unilaterally disbanded a reconciliation foundation aimed at compensating Korean women for their forced sexual slavery for the imperial Japanese Army even after striking the 2015 inter-government agreement aimed at finalizing the comfort women issue. Korea could lose its international credibility and moral upper hand over the comfort women issue if it breaks the 1965 basic treaty.

Fourth, the government must settle the forced labor issue through diplomatic channels or arbitration means under the basic treaty clause to avoid a full face-off. The two governments could negotiate creating a joint fund or leave the matter to an international arbitration tribunal. Even at the international court, Seoul has a chance to win, as the Japanese top court in the past recognized the substantive right of repatriation claim and recognized voluntary settlements between Japanese companies and victims. Korea can also explore a diplomatic settlement even when the arbitration review is underway.

Noninterference and inaction will only toughen the Japanese offensive and worsen bilateral hostilities, which will translate into heavier losses for Korea on both diplomatic and economic fronts. President Moon Jae-in cannot do without Tokyo’s support for the denuclearization and peace process on the Korean Peninsula. There are 500,000 ethnic Koreans in Japan who long for reconciliation between the two countries.

Japan is an uncomfortable neighbor to Korea, and vice versa. But the two are historically linked. If they become friends, the two can become the champions of peace and prosperity in East Asia. They must revive the historical reconciliation agreement between former leaders Kim Dae-jung and Keizo Obuchi from two decades ago.