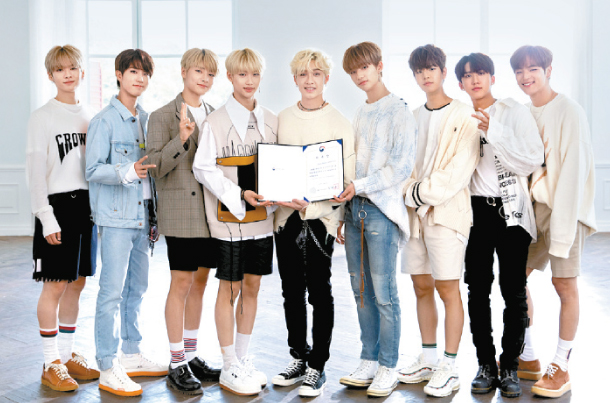 Boy band Stray Kids has been appointed the first honorary ambassador of the Korean Culture and Information Service (Kocis), the Ministry of Culture, Sports and Tourism announced on Tuesday.

According to the Culture Ministry, the nine-member band has been chosen to represent Kocis and to help the government spread Hallyu [Korean Wave] overseas, ultimately helping to strengthen Korea’s image around the world.

In the band’s new role, it will now participate in various programs organized by Kocis.

Other K-pop groups have collaborated with Kocis as a part of the institution’s “Talk Talk Korea” series, including boy band BTS in 2016, followed by Exo and Winner the following years.

“We hope that we can help people from other countries become more familiar with Korean culture through the promotions that we will carry out with Stray Kids,” said Kim Tae-hoon, director of Kocis.

The second part to the band’s “Cle” series will be released today at 6 p.m., titled “Cle 2: Yellow Wood.”