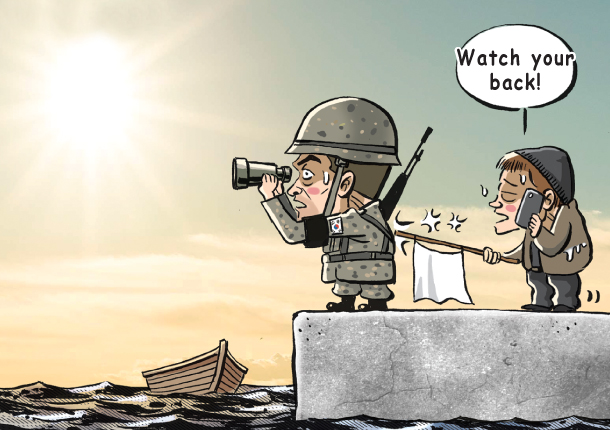 The South Korean military failed to detect a North Korean boat that freely sailed in its waters for four days — even until the ship reached Samcheok Harbor in Gangwon last weekend and one of its crew asked to borrow a cell phone to talk to a relative in South Korea.