Solutions waiting to be discovered

Solutions waiting to be discovered 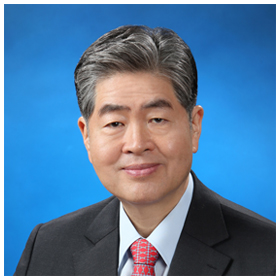 Younghoon David Kim
The author is the chairman of the London-based World Energy Council and chairman and CEO in Korea of the Daesung Group. He is a member of the National Council on Climate and Air Quality.


The National Council on Climate and Air Quality, the body created under the leadership of former UN Secretary General Ban Ki-moon, held its second meeting earlier this month to chart its path in tackling the problem of fine dust.

The organization, formed as a presidential initiative, has environmental, social and diplomatic components to its mission. I have found that many council members agree that science and technology should be integral to their approach to the issue. This is encouraging because it seems to me that sustainable solutions lie in science and technology which can support significant and drastic change in policy.

Many aspects can be addressed with existing technology — we can cause clouds to rain, we can limit and monitor power plants and major polluters, we can make better face masks — but the core question of how we technologically digest pollutants and maintain the benefits of the industrial production that produces them remains undiscovered.

The committee is, you could say, like the blind men in the Korean folk tale of Simcheong, the peasant girl who becomes an empress and holds the banquet to find her blind father again. We know the solution must be out there, somebody must be working on the technology, but what do we have to do to ensure that we find it?

This is not a fanciful question. The solution to this question will be meaningful not just for the spluttering residents of the Korean Peninsula. It will be technology with global significance, for while more countries may be responsible than others for pollution, its impact does not respect borders.

Given this significance, I am guessing that our question will not be answered with familiar inventiveness. A new engine, a new app will not be enough. We somehow need the equivalent in reality of a million little Pacmans flying out to munch up the airborne dirt.

It is my hunch that we are looking for a gamechanger along the lines of the Nikolai Tesla’s design of alternating-current electricity supply system including his invention of the A/C induction motor, which historians say marked the beginning of the second Industrial Revolution. Tesla’s contribution came in the context of his “war of the currents” waged in the 1880s with another genius, his employer, Thomas Edison. Rejecting Tesla’s idea, Edison favored his own direct-current (DC) electric power.

Tesla also challenged Edison’s revenue model of power plants for each district of New York City because his A/C system made long distance power transmission possible. As a result, Edison fired him.

Tesla’s A/C generator powered the Chicago Expo and went on to power the whole world after that. Had Tesla’s idea been completely dismissed, we would have had the nightmare scenario of extreme smog and particulate pollutants in mega cities all over the world even sooner. As it was, Tesla’s inventions became the backbone of modern power and communication systems.

If we want to be strict about our definitions, we are still living in this Tesla-inspired second Industrial Revolution era because our computers and AI are still powered in the same way.

To give an idea of what we are looking for to solve our fine dust catastrophe, we are in effect waiting for our contemporary Tesla to step forward and kickstart the next industrial revolution with a new form of energy that will not just be clean, and not just be as good as the energy we have now, but better on a revolutionary scale. (With all due respect to modern usage, from this point of view, we haven’t entered the third industrial revolution yet, let alone the fourth).

Given that the council under Secretary General Ban is not itself a research body, the question then becomes how it may create the necessary structure to ensure that the solutions which may be out there will be found?

This would seem to require a unified approach that encompasses both technology track and a policy track. The argument here is that no matter how good a policy appears to be, without the support of advanced and appropriate technology no policy will stand.

In fact, it could end up causing more trouble. Similarly, without investment to commercialize it and policy to back its use, technology remains academic.

To this end, the committee needs to encourage the participation of global experts in relevant technologies in order to create a synergy with policy to find solutions. It needs to benchmark on the technological, scientific and policy levels the successful solutions to fine dust like those found in London, Los Angeles, Singapore and Beijing.

In this way, our hope is that Korea may lay the groundwork for a miracle. Just as Simcheong’s father’s sight was miraculously recovered when they reunited at the banquet, so we may create a grand forum for scientific experts, investors and policymakers to come together and find a solution that will benefit all of mankind.