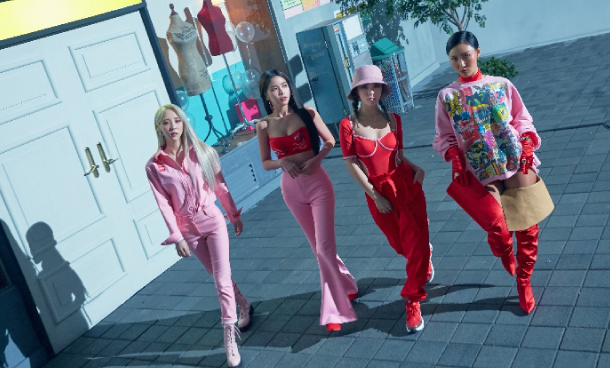 Girl group Mamamoo will celebrate its fifth anniversary as a group with a special meet-and-greet event for fans, its agency, RBW, said Wednesday.

According to the agency, the quartet will meet with fans on July 13 at 5 p.m. at Hwajeong Stadium located on the campus of Korea University in northern Seoul. The event, titled “Moomoo War,” will be the group’s largest fan meeting yet.

The group’s last fan meet event was in October 2017.

The group will hold concerts on July 27 and 28 at Daegu’s Exco.

Tickets for the fan meet became available on Wednesday for members of the group’s official fan club, and will open to the public on Friday, 8 p.m. through Interpark.

Singer Ailee will drop her second full-length album “butterFLY” on July 2, two years and five months after her last EP came out in 2017.

The powerful vocalist has recently contributed songs to the soundtracks of TV dramas and has not released her own music since the last EP.

The songs from the soundtracks have performed well on local music charts, including the immensely popular ballad “I Will Go to You Like the First Snow” (2017) and “Blue Spring” (2018).

The upcoming full-length album will be the second for the singer, and her first album release in almost four years. Her first album, “Vivid,” was released in September 2015.