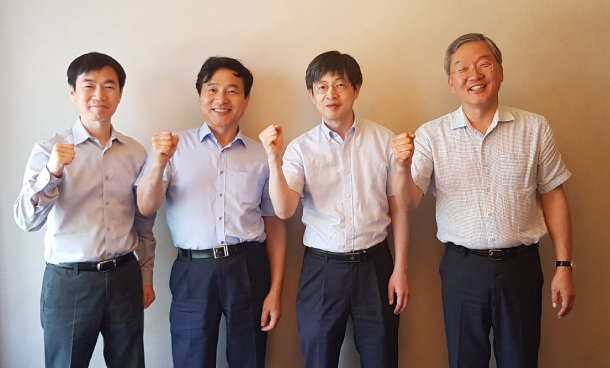 Genexine, a leading biotechnology firm based in Pangyo, acquired a full stake in ToolGen, a local biopharmaceutical player known for its gene editing technology.

The merged unit will be renamed ToolGenexine and will focus on combining each firm’s strengths, according to a joint statement released by both companies.

“The new unit will combine technologies related to immunotherapeutics and DNA vaccines with gene editing techniques so that we can develop the likes of the CAR-T drug,” the statement said.

CAR-T is a form of immunotherapy designed to fight cancer using specially altered T cells - a part of the immune system.

An organizational reshuffle will also take place to strengthen research and development.

Suh You-suk, CEO of Genexine, said that the short-term focus will lie in gene therapy targeting against cervical cancer.

“In the short-term, we will accelerate the development of gene therapy for cervical cancer,” the CEO said.

While Genexine specializes in the commercialization of innovative immunotherapeutics and next generation novel long-acting gene therapy, Toolgen is focused on gene editing technology based on the Crispr system.