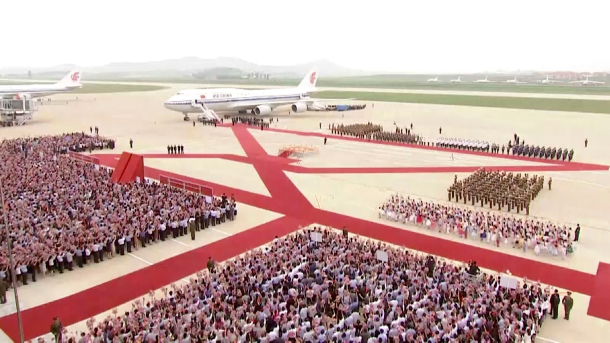 Chinese President Xi Jinping’s plane is greeted at a welcome ceremony at Pyongyang Sunan International Airport on Thursday, as Xi flew in to meet North Korean leader Kim Jong-un for a summit. [AP/YONHAP] 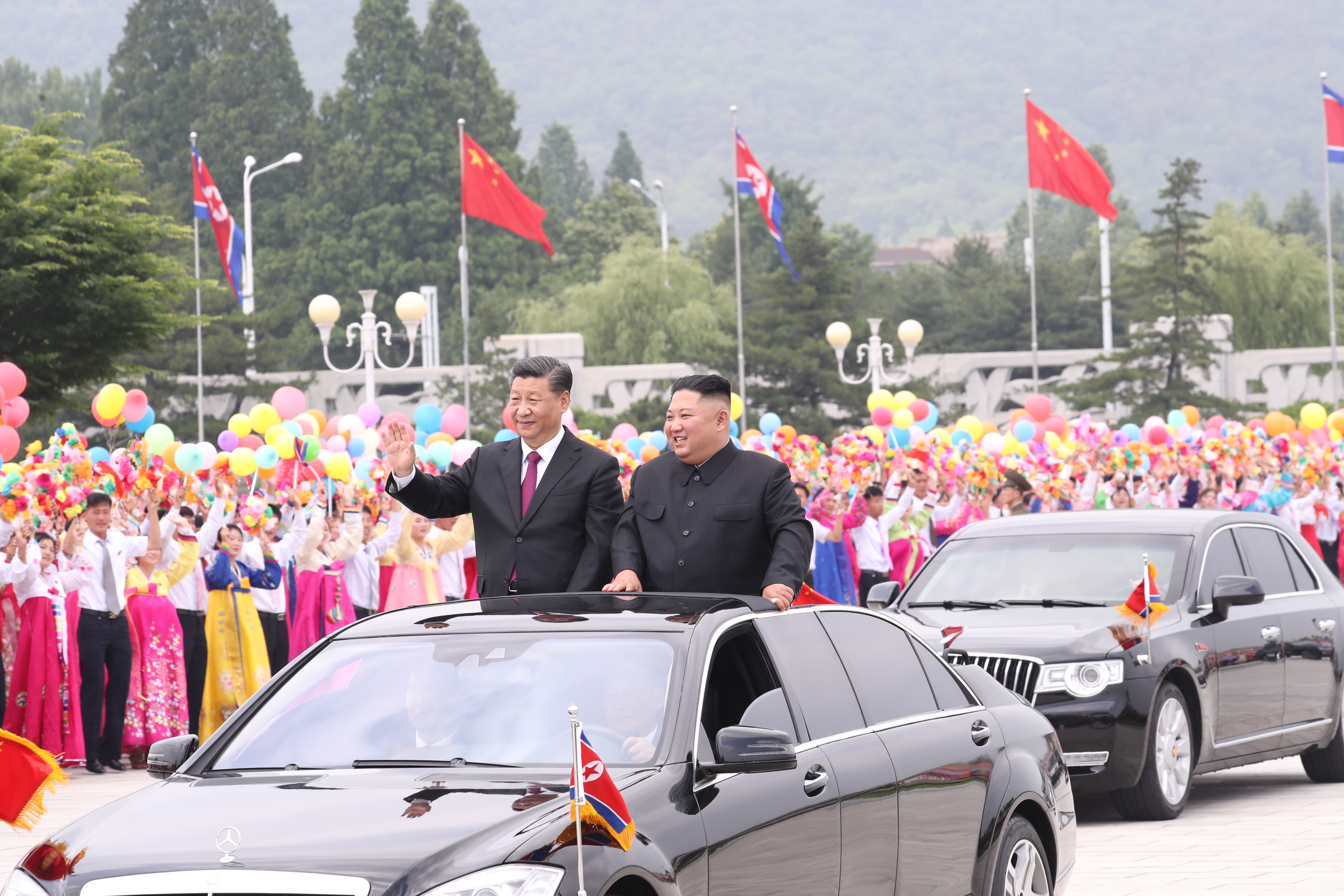 Chinese President Xi Jinping and North Korean leader Kim Jong-un wave to the crowds as they ride an open-top vehicle to the Kumsusan Palace of the Sun in Pyongyang on Thursday. [XINHUA/YONHAP]

Xi received a grand welcome ahead of his fifth summit with North Korean leader Kim Jong-un.

Kim and Xi, in an open-top armored vehicle, were greeted by thousands of cheering North Koreans waving the two countries’ flags as the motorcade headed to the Kumsusan Palace of the Sun, reported Chinese state television. This was the first visit by China’s head of state in 14 years following Chinese President Hu Jintao visit to Pyongyang in October 2005.

The two leaders were expected to attend a dinner banquet and watch a mass gymnastics performance at the May Day Stadium in Pyongyang.

North Korean media Thursday morning highlighted Xi’s state visit but did not report throughout the day real-time like Chinese state media. In a rare op-ed carried on the front page of the North’s official Rodong Sinmun Wednesday, Xi expressed support for negotiations and dialogue to resolve issues on the Korean Peninsula.