Private sector is tested for shadiness

Private sector is tested for shadiness 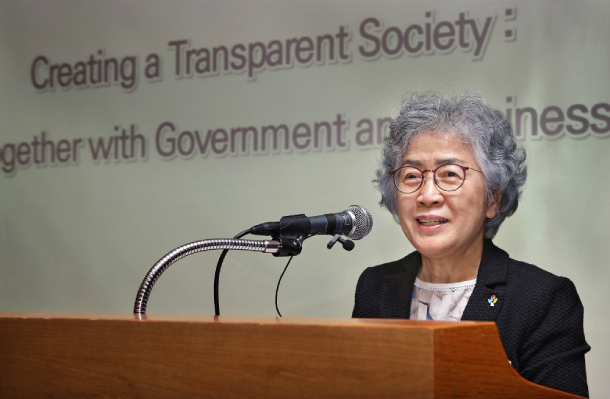 Pak Un Jong, chairperson of the Anti-Corruption and Civil Rights Commission, delivers the keynote speech at the 2019 Anti-Corruption Forum on Thursday in central Seoul. [PARK SANG-MOON]

The Korean government will start measuring the private sector’s corruption level for the first time this summer in the hopes of creating a more transparent society.

The Anti-Corruption and Civil Rights Commission (ACRC) told the Korea JoongAng Daily in an email interview Wednesday that a so-called integrity assessment process will begin around August. Final results are expected at the end of this year, said the ACRC, and a press release will likely be issued to tell the public what was found.

The assessment will be based on industries or economic sectors, rather than individual companies. Around 10 industries with the largest workforces and influence in society will be subjected to the integrity test, the ACRC said, including construction, manufacturing, transportation, finance and insurance as well as wholesale and retail. The Korean Institute of Criminology, a public research institute that operates under the Prime Minister’s Office, will be in charge of carrying out the integrity test using a model developed by the ACRC last year. 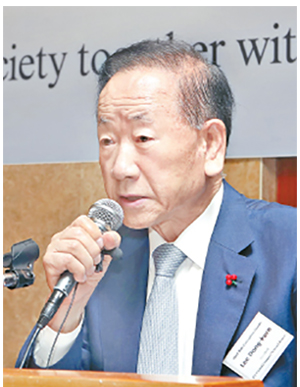 The ACRC said the model was designed to specifically look into each industry’s corruption level by checking corruption in transactions and accounting as well as violations of fair trade and public values. The model will also look at whether the industries carried out any corruption prevention measures, such as encouraging business practices that enhance transparency and responsible management. The ACRC further vowed to take into consideration other surveys conducted by public and private organizations on Korean industries.

The Korean government’s latest take on fighting corruption comes a year before it is set to host the world’s largest international conference in the field, the International Anti-Corruption Conference - as it continues to struggle with a dismal ranking on the world’s most widely known corruption yardstick.

Last January, the ACRC announced that Korea ranked 45th out of 180 countries around the world in the 2018 Corruption Perceptions Index (CPI) and 30th out of 36 countries that comprise the Organization for Economic Cooperation and Development. Transparency International, an international nongovernmental agency, ranks countries by the perceived levels of corruption in their respective public sectors, as determined by expert assessments and opinion surveys of businesspeople.

“In this democratized society,” Pak said Thursday during a local forum, “citizens tend to have higher expectations and a stronger demand for a fair and corruption-free society.

“When ordinary citizens hear that grand corruption was committed by people at the top, even with no direct experience of corruption in their daily life, they tend to perceive the entire society to be corrupt.” Pak called it a “paradox of distance.”

In her keynote speech delivered at the 2019 Anti-Corruption Forum, co-hosted by the Korea JoongAng Daily and the UN Global Compact Network Korea at the Lotte Hotel Seoul in central Seoul, Pak introduced the government’s anticorruption efforts and ways to bridge that paradox of distance to an audience of nearly 100 people, including foreign ambassadors and diplomats, corporate heavyweights and lawyers from top-tier law firms. 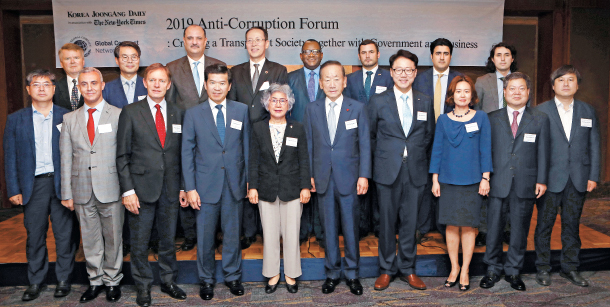 The ACRC's plan to assess the private sector was also briefly introduced.

At one point in the forum, Pak took time to highlight the effectiveness of the Improper Solicitation and Graft Act, also known as the Kim Young-ran Act, which was enacted in September 2016. “After the law went into effect,” she said, “both ordinary citizens and public officials got to take an unwavering stance against wrong practices, which indicates that the entire society’s ethical sensitivity has been enhanced.”

She went on, “After the law took effect, Korea’s top 500 companies’ entertainment expenses reduced by 15 percent, and 74 percent of businessmen said the business environment in Korea improved.”

President Moon Jae-in, while chairing the fourth Anti-Corruption Consultative Council Thursday afternoon at the Blue House, said anticorruption should be prevalent enough in Korean society to be considered its “culture.”

“[The government] can emphatically proceed with its anticorruption reformation only if members of the public feel the specific achievements and changes in their everyday lives,” Moon said during the meeting, which was participated in by Pak, Justice Minister Park Sang-ki, Prosecutor General Moon Moo-il and Education Minister Yoo Eun-hye, among other cabinet members.

Moon specifically called on the government to track down the hidden fortunes of wealthy people who are habitually delinquent in paying their taxes, saying the National Tax Service and relevant agencies should use “all possible means” in making sure they no longer abuse such economic privileges.

In the education sector, Moon urged “intensive management” on universities that were recently busted by the government for irregularities in accounting, admissions and employment, saying the Education Ministry should reinforce supervision over those schools to regain the trust of students and parents.