SC Freiburg in the Bundesliga announced its acquisition of the 19-year-old forward on Wednesday. Jeong spent the past season with German champions Bayern Munich, though he mostly played for the team’s reserve team, Bayern Munich II, in the fourth-tier Regionalliga Bayern. 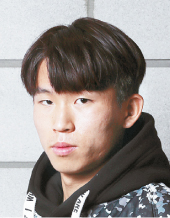 Terms of Jeong’s move were not disclosed, but local reports said the transfer fee was 2 million euros ($2.25 million). The deal also reportedly includes a buy-back clause, which would allow Bayern Munich to bring back the Korean in the future.

Jeong made two appearances for Bayern Munich’s big club this past season: during the UEFA Champions League group stage last November and then in a Bundesliga match in March.

In 29 matches for Bayern Munich II, Jeong scored 13 goals and set up six others in 29 matches. He played both matches in the club’s promotion playoffs last month, which Bayern Munich II won to clinch a spot in the third-tier 3. Liga for next season.

Those playoff matches prevented Jeong from joining Korea for the FIFA U-20 World Cup in Poland, where the young Taeguk Warriors finished runners-up without the talented attacker.

Jeong had long been rumored to be on his way out of Bayern Munich, where he was buried deep on the depth chart and wasn’t getting regular action.

“His joy in playing and his good feeling for situations and spaces are very remarkable for his young age,” Saier said. “Now we want to work together to make him a complete Bundesliga player.”

Jeong thanked Bayern Munich for giving him the opportunity to seek new challenges and added: “SC Freiburg is a great place for young talents. I want to evolve and help us to have a successful season.”