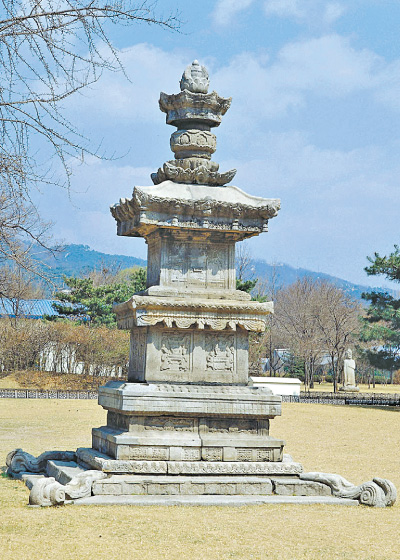 The Stupa of State Preceptor Jigwang at Beopcheonsa Temple in Wonju, Gangwon, the country’s National Treasure No. 101, will finally return to its original location inside Beopcheonsa Temple after 110 years away. The funerary stupa of the Goryeo Dynasty (918-1392) was erected to honor eminent Goryeo monk and State Preceptor Jigwang (984-1067). The statue has been moved numerous times since 1911 and even was smuggled into Osaka, Japan, during the early 1910s when Korea was under Japanese colonial rule (1910-45). Soon it was returned and housed in the precincts of Gyeongbok Palace in central Seoul. In 1990, it was moved to the National Palace Museum (then located at the National Museum of Korea). In 2016, the stupa was transferred to the National Research Institute of Cultural Heritage for preservation. Since the process is nearing its end, the Cultural Heritage Administration announced on Friday that it will transfer the statue back to its original location. [CULTURAL HERITAGE ADMINISTRATION]