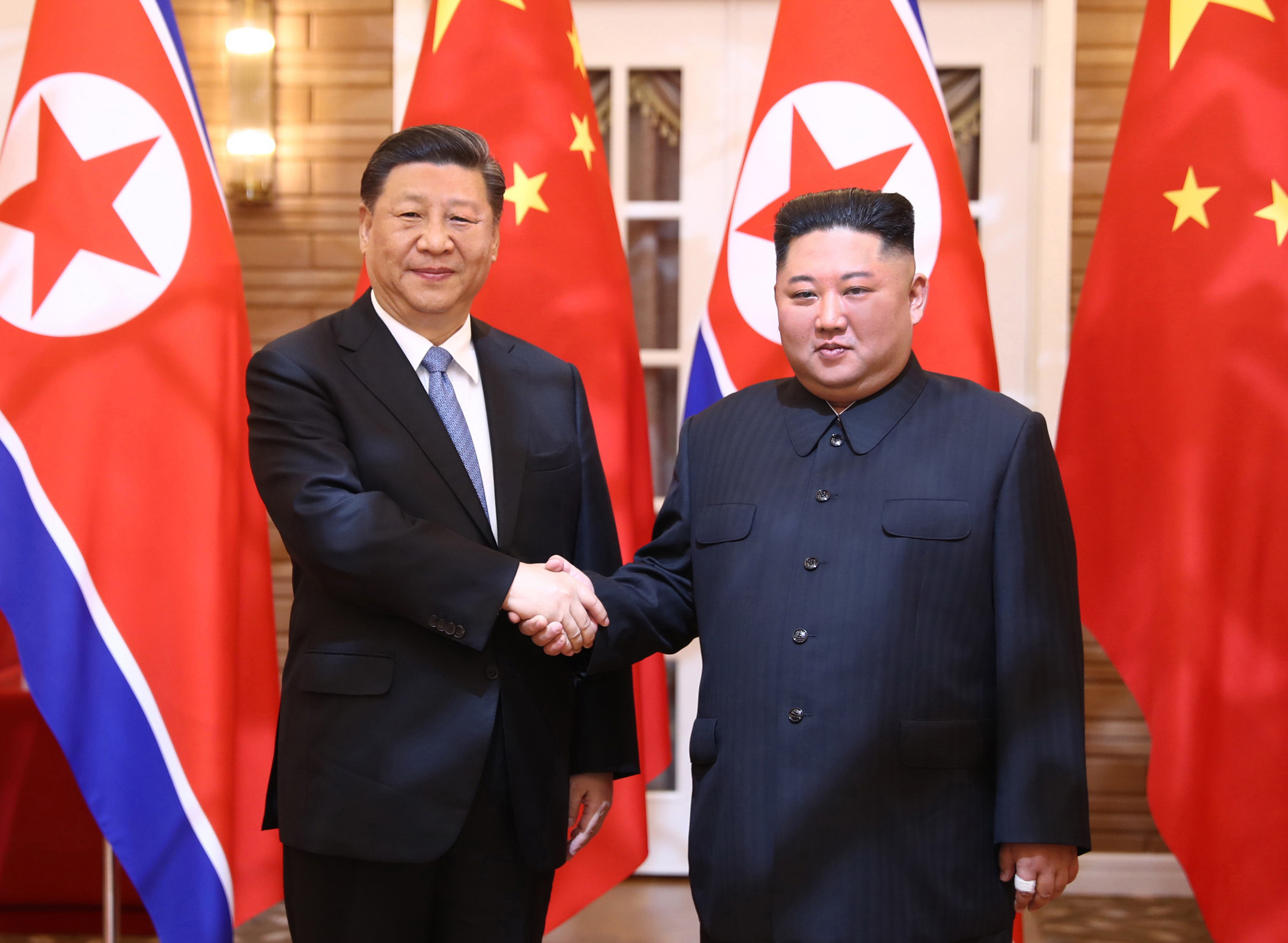 North Korean leader Kim Jong-un said he will maintain “patience” as he expressed desire for progress in the dialogue to resolve Korean Peninsula issues during his fifth summit with Chinese President Xi Jinping in Pyongyang Thursday.

But Kim added that he would like the “relevant party,” indicating the United States, to meet North Korea’s concerns “halfway” in the dialogue progress, according to Chinese state broadcaster CCTV.

Xi was reported as saying that China is willing to play a “constructive role” in the denuclearization of the Korean Peninsula and supports a “political settlement” to the situation.

The North’s state-run Korean Central News Agency (KCNA) reported Friday that Kim and Xi in their summit exchanged views on important international and regional issues, including the Korean Peninsula situation. It added that the two leaders pledged to develop regional peace and stability amid “serious and complex changes” taking place internationally and regionally.

Xi kicked off his first state visit to Pyongyang on Thursday as the world’s powers try to revive stalled denuclearization negotiations and received a grand welcome in North Korea.

Kim and Xi, in an open-top armored vehicle, were greeted by thousands of cheering North Koreans waving the two countries’ flags and pink and red flowers as the motorcade headed to the Kumsusan Palace of the Sun, reported Chinese state television. This was the first visit by China’s head of state in 14 years following Chinese President Hu Jintao visit to Pyongyang in October 2005.

The two leaders attended a dinner banquet and later watched a mass gymnastics performance at the May Day Stadium in Pyongyang.