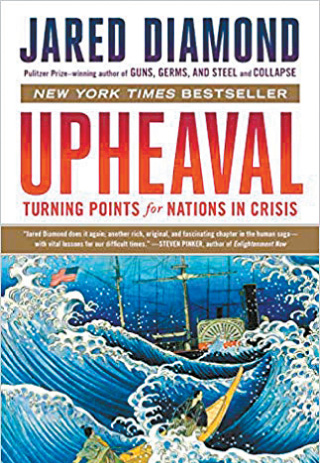 A “riveting and illuminating” new theory of how and why some nations recover from trauma and others don’t, by the Pulitzer-Prize-winning author of the landmark best sellers “Guns, Germs, and Steel” and “Collapse.”

In his international best sellers, Jared Diamond transformed our understanding of what makes civilizations rise and fall. Now, in his third book in this monumental trilogy, he reveals how successful nations recover from crises while adopting selective changes - a coping mechanism more commonly associated with individuals recovering from personal crises.

Diamond compares how six countries have survived recent upheavals - ranging from the forced opening of Japan by U.S. Commodore Perry’s fleet, to the Soviet Union’s attack on Finland, to a murderous coup or countercoup in Chile and Indonesia, to the transformations of Germany and Austria after World War II. Because Diamond has lived and spoken the language in five of these six countries, he can present gut-wrenching histories experienced firsthand. These nations coped, to varying degrees, through mechanisms such as acknowledgment of responsibility, painfully honest self-appraisal, and learning from models of other nations. Looking to the future, Diamond examines whether the United States, Japan and the whole world are successfully coping with the grave crises they currently face. Can we learn from the past?

Adding a psychological dimension to the in-depth history, geography, biology and anthropology that mark all of Diamond’s books, Upheaval reveals factors influencing how both whole nations and individual people can respond to big challenges. The result is a book epic in scope, but also his most personal book yet. 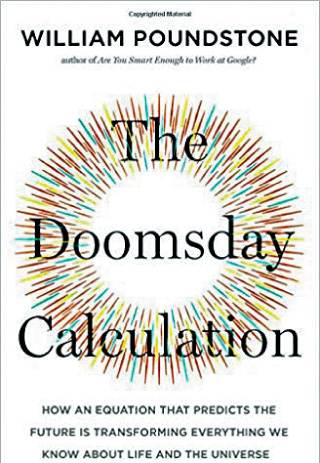 The Doomsday Calculation: How an Equation that Predicts the Future Is Transforming Everything We Know About Life and the Universe

From the author of “Are You Smart Enough to Work at Google?” a fascinating look at how an equation that foretells the future is transforming everything we know about life, business and the universe.

In the 18th century, the British minister and mathematician Thomas Bayes devised a theorem that allowed him to assign probabilities to events that had never happened before.

It languished in obscurity for centuries until computers came along and made it easy to crunch the numbers. Now, as the foundation of big data, Bayes’ formula has become a linchpin of the digital economy.

But here’s where things get really interesting: Bayes’ theorem can also be used to lay odds on the existence of extraterrestrial intelligence; on whether we live in a Matrix-like counterfeit of reality; on the “many worlds” interpretation of quantum theory being correct; and on the biggest question of all: how long will humanity survive?

Drawing on interviews with thought leaders around the globe, it’s the story of a group of intellectual mavericks who are challenging everything what we thought we knew about our place in the universe. “The Doomsday Calculation” is compelling reading for anyone interested in our culture and its future. 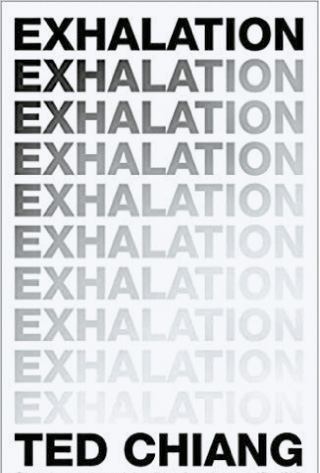 From the acclaimed author of “Stories of Your Life and Others” - the basis for the Academy Award-nominated film “Arrival” - comes a groundbreaking second collection of short fiction: nine stunningly original, provocative and poignant stories.

In “The Merchant and the Alchemist’s Gate,” a portal through time forces a fabric-seller in ancient Baghdad to grapple with past mistakes and the temptation of second chances. In the epistolary “Exhalation,” an alien scientist makes a shocking discovery with ramifications not just for his own people, but for all of reality. And in “The Lifecycle of Software Objects,” a woman cares for an artificial intelligence for over 20 years, elevating a faddish digital pet into what might be a true living being. Also included are two previously unpublished stories: “Omphalos” and “Anxiety Is the Dizziness of Freedom.”

In “Exhalation,” Ted Chiang wrestles with the oldest questions on earth and ones that no one else has even imagined. And, each in its own way, the stories prove that complex and thoughtful science fiction can rise to new heights of beauty, meaning and compassion.