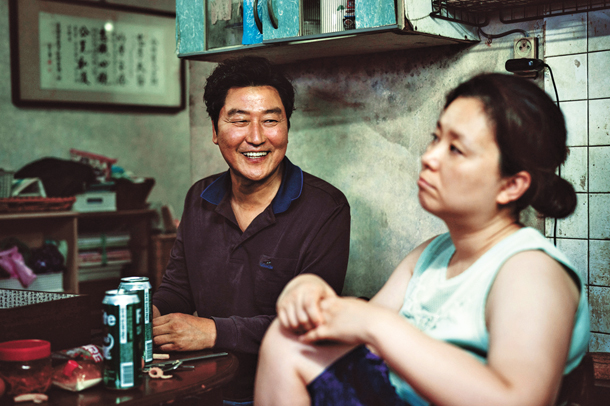 “Parasite,” the winner of the Palme d’Or at this year’s Cannes Film Festival, has surpassed nine million domestic ticket sales and is heading to 10 million, data showed Sunday.

The dark social satire by director Bong Joon-ho sold 9,000,284 tickets as of Sunday morning, 25 days after its release, according to the data from the Korean Film Council (Kofic).

The film surpassed the five-million threshold on its eighth day before hitting the eight-million mark on its 17th.

“Parasite” is currently ranked fourth at the box office and is headed to the 10-million-ticket milestone, a rare commercial achievement for an art film recognized at an international film festival like Cannes.

The film, a crossover between a comedy and thriller, deals with the economic class divisions between two Korean families.