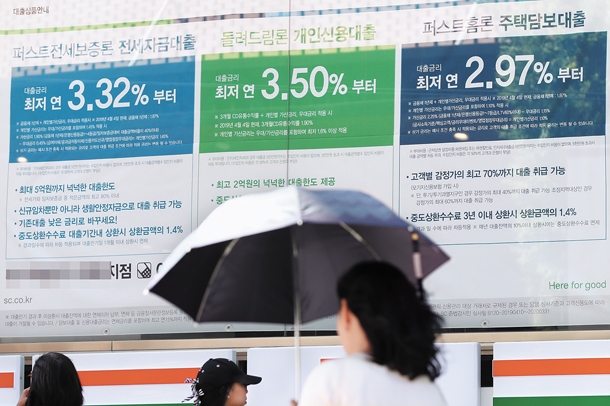 People walk by a banner of a commercial bank in Seoul that promotes its loan products. The yield curve inversion - when short-term interest rates exceed long-term rates -- shot up to a record high. This inversion has almost always resulted in the drop in the benchmark interest rate. According to Bank of Korea on Sunday, the three-year treasury rate stood at 1.42 percent on Thursday, which is 0.33 percent point lower than the current 1.75 percent benchmark interest rate. The gap is the largest since 2013, when the difference in rates was 0.31 percent points. [YONHAP]