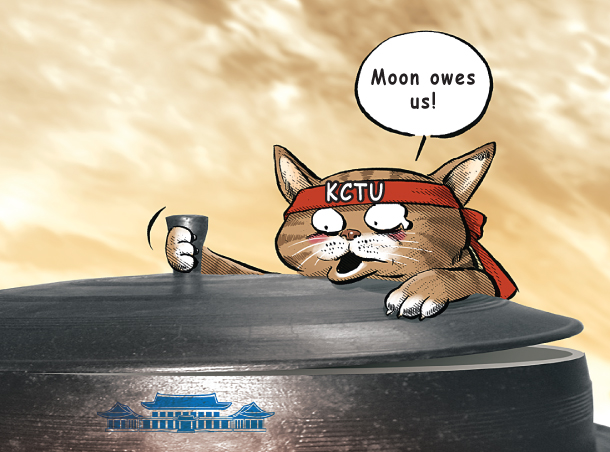 After the Seoul Southern District Court issued a detention order for Kim Myung-hwan, head of the militant Korean Confederation of Trade Unions (KCTU), for orchestrating violence in front of the National Assembly, the umbrella union threatened a general strike to protest the Moon Jae-in administration’s “repressive labor policy.” The KCTU supported Moon in the presidential election two years ago.