South-U.S. alliance is the key

South-U.S. alliance is the key 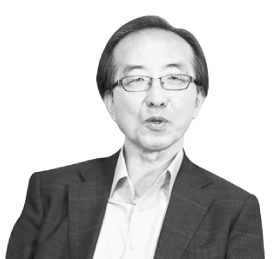 Park Young-ho
The author is a member of the board of the Korea Peace Foundation.

Chinese President Xi Jinping made a strategic choice when he decided on the timing of his visit to North Korea. The trade war between the United States and China has now evolved into a hegemony war, going beyond a competition of economy and technology. As Xi’s obsession with the “Chinese Dream” is strong, he will at least try to regain hegemony in East Asia. In this chess game, he chose North Korea as a useful pawn.

Ahead of a showdown with U.S. President Donald Trump at the upcoming Group of 20 Summit in Osaka, Japan, Xi has secured a strategic card — North Korea. The three-way game among the two Koreas and the United States has turned into a four-way game, including China. Taking into account the strong U.S.-Japan alliance and the strengthening strategic cooperation between China and Russia, a six-party game may emerge again.

At a recent summit with Xi in Pyongyang, North Korean leader Kim Jong-un left open the possibility for North-U.S. dialogue. Kim also eased his position from demanding a “new calculation method” from Washington to searching for “reasonable ways to resolve each other’s concern.” After Xi returned to China, Pyongyang said Trump had sent a letter to Kim and it would carefully consider what it contains.

Working-level talks between Pyongyang and Washington will likely take place in the second half of this year. But there is a slim chance that Pyongyang will accept Washington’s final, fully verified denuclearization, because it has secured Beijing’s support. China will use the North Korea card strategically in its future negotiations against Washington.

China’s Korea Peninsula policy presented by Xi remains unchanged. The three principles — peace and stability of the Korean Peninsula, denuclearization of the peninsula and resolution of the crisis through dialogue — remained the same.

In fact, Xi stressed that peace and stability must be thoroughly protected through high-level strategies over the long term, due to the complexity and sensitivity of the problems surrounding the peninsula. Xi’s promise that China will play an active role in realizing the denuclearization of the Korean Peninsula and long-term stability of the region is another way of saying that China will weaken the U.S. influence in the region.

What can South Korea do now?

First, we must clearly define our position in the strategic game between the United States and China. China wants to change the U.S.-led international order. The U.S. response to China’s rise in Asia is the Indo-Pacific strategy. The North Korean nuclear issues — and North Korea itself — are clearly the top priorities of China’s strategy. They are not something China can easily give up on. South Korea’s choice is clear. China exerted illegal pressures on South Korea over the deployment of the U.S.-led Terminal High Altitude Area Defense (Thaad) antimissile system. As we have seen, trade relations do not guarantee national interest. We must check China’s use of power with a strengthened Korea-U.S. alliance and participation in the Indo-Pacific strategy. When Korea becomes more powerful, our relations with China will also develop further.

Second, we need to demand that China play a proper role in denuclearizing North Korea. North-U.S. negotiations will take a long time. Denuclearization of the recalcitrant state, a security guarantee and the improvement of relations in return will be discussed, but Kim won’t likely give up on nuclear weapons entirely.

Xi promised that China will protect the North Korean regime based on their 70-year-long alliance. China is a key member of the non-proliferation treaty and a permanent member of the United Nations (UN) National Security Council. We can hold China accountable for having failed to stop the North’s nuclear development.

China can find a constructive role persuading Kim Jong-un to completely give up his nuclear program while easing North Korea’s worries over its security. In return, China can offer a nuclear umbrella to North Korea, just like the United States did for South Korea.

Third, our government must push forward a system of peaceful coexistence. During the five-year presidency of Moon Jae-in, it is difficult to fundamentally change inter-Korean relations or resolve the nuclear crisis. One of the key reasons for the North’s nuclear development is maintaining the security of its regime. Unless the two Koreas admit the reality that they are coexisting, it will be hard to get North Korea to give up on its nuclear programs. The institutionalization of a peaceful coexistence does not necessarily mean that we are giving up on unification. We need national consensus first. Instead of spending all energy on inter-Korean relations, it is better for the government, politicians and civic groups to concentrate efforts on creating a more comprehensive national development strategy.