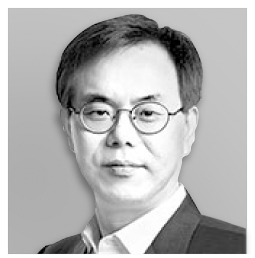 Self-delusion and arrogance are a recipe for human tragedy. Delusion blinds a person from seeing the truth while arrogance cripples a person’s ability to identify one’s flaws. The judgment on the Moon Jae-in administration’s policies overall could be mixed, but most people worry that the economy is heading towards a tragic fall. There are many who wish to jump off the train Moon is driving — if they could.

Korea’s gross domestic product shrank 0.4 percent in the first quarter compared to the previous quarter, the worst performance in a decade and the worst among members of the Organization for Economic Cooperation and Development (OECD) in that period. The number of unemployed hovers at 1,145,000, the largest since the aftermath of the country’s economic crisis 19 years ago. Facilities investment in the first quarter fell 17.4 percent on year, whereas outward foreign direct investment surged 44.9 percent during the same period.

Assets, companies and capital are fleeing en masse. Militant labor unions enjoying their heyday may not be the only reason. Moon has fared worse in economic leadership compared to past presidents and lost faith of the market and capital.

Moon would not agree that he has failed because his economic focus is not on raising growth of capital but improving equality and people’s livelihoods. Ironically, however, equality has worsened and people are actually worse off under the current government. If the economy was on trial, the Moon administration would be found guilty — and get a heavy sentence.

I don’t know about the policy competence of the main opposition Liberty Korea Party (LKP). But I support the party’s call for evaluating the government’s economic direction and debating the strengths and weaknesses of our situation to find a new path for the economy that can better serve national interests. I hope the ruling power would be more open-minded and accept the proposal for a hearing on economic affairs to overcome its ideological limitations.

It is a positive sign that Moon has finally let go of his policy chief Kim Soo-hyun, a co-architect of the rigid and flawed income-led growth policies. Replacing him with Fair Trade Commission (FTC) Chairman Kim Sang-jo could further unsettle the business and market community because of his outspokenness against chaebol and conglomerates. And yet he has more experience in the market and more macro-economic senses than his predecessor. 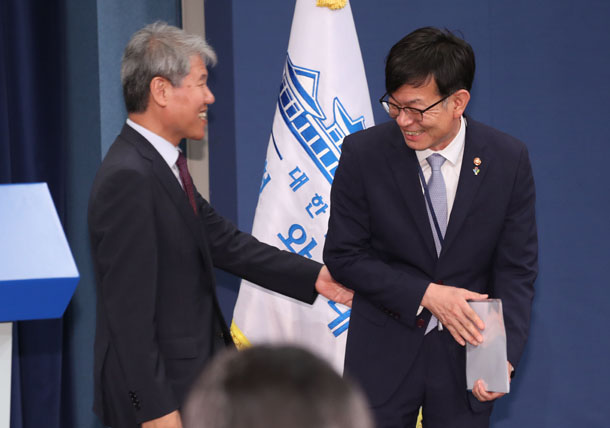 New Blue House policy chief Kim was a pupil of Chung Un-chan, a former prime minister, at the Seoul National University economics department. In an interview, Chung asked people to encourage Kim, who had been criticized by the liberal front for going soft on chaebol reforms and also attacked for being too harsh by the business community. “Kim was not a student activist. He is not someone who recklessly presses on his unilateral ways,” Chung said. When he was invited to the Blue House as an economic veteran a month ago, Chung told Moon that his income-led growth policy can be praised from the human rights perspective, but cannot be good economic policy. Given the scant change since that meeting, the president obviously did not pay any attention to the former economic professor-turned-prime minister. I hope Kim will pay more heed to his former teacher’s advice.

Strictly speaking, the limitations of the economic policies of the Moon administration should be blamed on the president, not the policy chief. Even with a more reasonable policy chief at the helm, there may not be any meaningful change if the president adheres to his style and beliefs. Nevertheless, the policy chief must attempt one change that would actually help the ruling power win votes and public favor: he must seriously advise the president to scrap his nuclear phase-out policy. The government’s energy outline to phase out nuclear reactors is a foolish — and disastrous — decision for the nation. We have seen enough childish play from delusion and arrogance. The Moon administration must get serious at last with the economy.