BTS went Platinum in the United States for the second time on Monday, becoming the first Korean act to reach the achievement twice, according to the Recording Industry Association of America (RIAA). 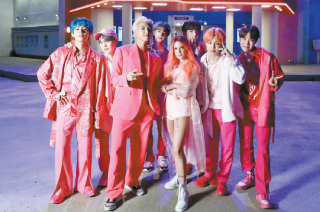