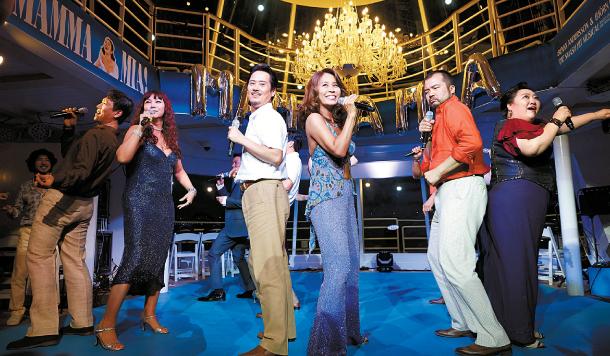 The cast of the Korean production of the musical “Mama Mia!” perform popular numbers from the musical during a showcase cruise party that was held on Monday evening at Cruise 378, a floating venue on the Han River in Apgujeong-dong, southern Seoul. As the sun set, the actors met and took photos with fans and promoted the musical. The show kicks off at the LG Arts Center on July 14. [SEENSEE]